A visit to CEQUIN, Women’s Empowerment through football in Delhi!

Press Release 2019-06-21 General, General, My travels Comments Off on A visit to CEQUIN, Women’s Empowerment through football in Delhi! 789 Views 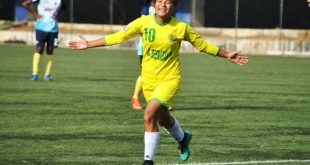 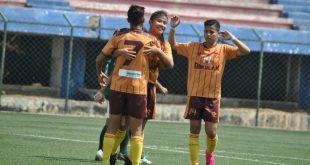 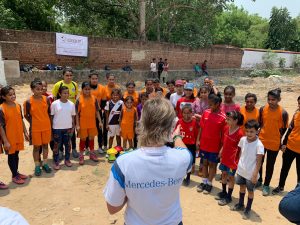 While in Delhi earlier today, June 21, I got to visit the NGO CEQUIN to see their work in Women’s Empowerment through football.

German coaching instructor Wiltrud ‘Willy’ Melbaum, who works for the regional Fussballverband Niederrhein (FVN), had been send to India by the DFB (German FA) to do workshops with different youth organisations in Bangalore, Chennai, YFC in Rurka Kalan in Punjab and CEQUIN in Delhi.

Willy is a former women’s Bundesliga player and pro license degree holder, who works in youth development back in the west of Germany while working as an instructor for the DFB around the world.

We travelled to old Delhi to the Jamia Nagar area in which CEQUIN have their office and class rooms for their coaches and players.

In the introduction round one I was impressed by the stories on how these young women and girls have over the years come to play football, what struggles they had to go through and what it all took to convince their parents and relatives to allow them to just play football.

The women are now not only playing active football but they have also gone into coaching earning their license degrees and have become role models for the next lot of youth footballers.

Willy gave the women a theoretical introduction of how youth development happens in Germany, where there is no segregation amongst boys and girls. The focus at a young age is into letting the kids to have fun, then more and more technical training is introduced and finally tactics come into play.

Thereafter we travelled to one of the fields at Jamia Nagar where CEQUIN trains girls. To call the patch of land a field is pushing it, but the area next to a busy road is good enough to work with the girls from the lower strata of society.

Willy showed some easy, some more difficult drills that the coaches could use in their training and the interaction ended with small sided football games, which showed the passion of the kids for football.

For me it was a first visit, but I will be surely back again to visit CEQUIN!