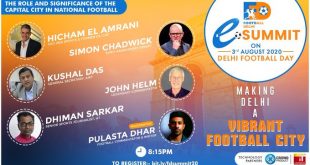 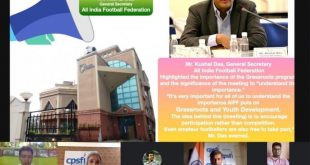 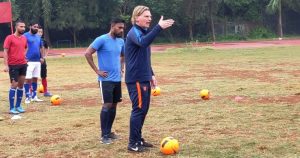 The All India Football Federation (AIFF), in association with the KNVB (Netherlands Football Federation) hosted a joint Coach Development programme that commenced on Thursday, December 5, at the Sports Authority of India (SAI) Facility on Mumbai.

The KNVB World Coaches Programme included the coaches who are currently existing under the AIFF D and AFC C/AIFF C License banner. These coaches will be trained by former Netherlands legend Johan Neeskens and former FC Groningen striker Bert Zuurman.

It is a basic-level programme that aims at improving the life skills of the coaches, and helps inculcate the Dutch philosophy of playing the beautiful game.

Neeskens is known around the world for being a part of the world-famous Netherlands national team that made it to back-to-back FIFA World Cup Finals in 1974 and 1978. He went on to win two Dutch Eredivisie and three European Cup titles with Ajax, before moving to FC Barcelona, where he won a Copa Del Rey and a UEFA Cup Winners Cup.

After retirement from the sport, Neeskens went on to be a part of the coaching staffs of Netherlands and Australia (under Guus Hiddink) and at FC Barcelona (under Frank Rijkaard).

Zuurman has played for a number of Dutch clubs. Most recently, he has had the experience of coaching in India, when he was in charge at Ozone FC in Bengaluru in the 2016-17 season. 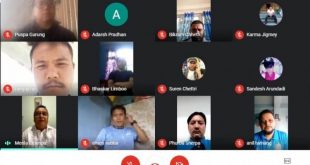