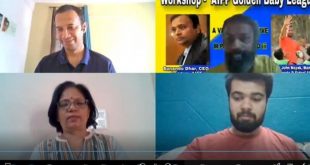 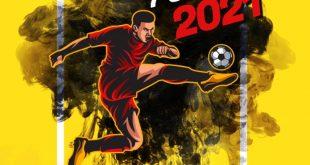 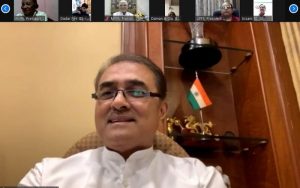 Presidents and General Secretaries of affiliated State Associations were in attendance, as was AIFF general secretary Kushal Das.

The President decided to waive of the CRS fees for all players – an amount of Rs. 1.32 crore which was to be paid to the AIFF, and also an amount of 34.5 lakhs for the Academy Accreditation fee for the 2020-21 season.

Furthermore, the President also granted a Rs. 3 crore COVID-19 solidarity fund to help the State Associations which will be discussed individually with the State FAs to understand their individual requirements. However, the WIFA (Maharashtra) and the IFA (West Bengal) announced their decision to forego the grant.

Earlier, the meeting began with everyone paying their homage to all the departed souls from Indian Football family, and a minute’s silence was observed as a mark of respect for all their contribution to Indian Football.

“I understand that the Covid pandemic has made life difficult for all of us – not just for football but for all issues regarding our livelihood,” Mr. Patel stated. “The sport has been very badly affected worldwide, and matches are being played behind closed doors,” the President added.

“The Indian Football season is all set to kick-off from October onwards. Despite the difficult situation we hope to move ahead with the planned calendar. But there’s always a doubt whether we would be able to conduct ourselves as planned,” he averred.

“A large number of states are still battling the virus, our teams cannot reassemble, and we also cannot start our camps. In a country as big and diverse as India, there are many restrictions in many states,” Mr. Patel informed.

“Even the Leagues are getting curtailed, and it’s not good for the game and the players. 2020 has been a very difficult year for sports,” the President maintained.

Meanwhile representatives from State Associations unanimously lauded and thanked AIFF’s initiative to bring all together on the virtual platform, expressing their “solidarity with AIFF” in taking Indian Football forward together.

Previous Cooperation with FC Bayern Football School Qingdao to be extended & further developed!
Next Garhwal FC’s Vikas Rawat: Once on the pitch, all teams are equal!