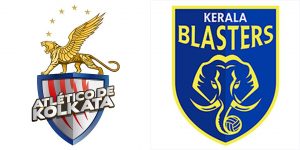 The All India Football Federation (AIFF) Disciplinary Committee today served a show cause notice to both the head coaches of ATK FC and Kerala Blasters FC, Antonio Lopez Habas and Eelco Schattorie, along with the goalkeeper coach of ATK, Angel Pindado, seeking an explanation for misconduct during Indian Super League (ISL) Match #58 ATK FC vs Kerala Blasters FC played on January 12 at Kolkata.

The Disciplinary Committee has asked the coaches and the team manager of Kerala Blasters FC to show cause as to why no action should be taken against them, in accordance with the regulatory provisions of the AIFF Disciplinary Code. ATK’s goalkeeper coach Angel Pindado has been kept under suspension with immediate effect for his part in the incident which occurred during injury time.

The coaches and support staff have been given deadline till Monday, January 20 to respond.