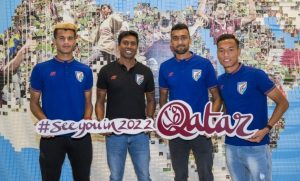 More than a decade ago, former FIFA president Sepp Blatter had called India the “Sleeping Giant of world football”. While that giant may partially be awake after putting out heart-felt performances in the AFC Asian Cup, all efforts are being made to build for the future.

Three of the players who travelled with the India U-23 squad for the friendly game against Qatar – Anwar Ali, Amarjit Singh Kiyam, and Sarthak Golui, along with assistant coach Venkatesh Shamanugam – got a first taste of what it may look like in the 2022 FIFA World Cup, if India can manage to beat all the odds and qualify.

The trio, in fact, were the first to pay a visit to the 2022 FIFA World Cup Stadium while on National Team assignment, at the Supreme Committee for Delivery and Legacy office, in Al Bidda Tower, Doha, Qatar on Tuesday, March 12.

The players were treated to a complete tour on the Middle-Eastern nation’s preparation for the upcoming FIFA World Cup.

“It was a jaw-dropping moment for us. It is always a player’s dream to represent his country on the biggest stage, which is the World Cup,” said Amarjit Singh. “I had the pleasure of wearing the captain’s armband in the FIFA U-17 World Cup two years back, but playing in a senior World Cup would be a completely different achievement.”

However, it was not all-work-and-no-play for the India U-23 trio. They were also given a comprehensive tour of how the eight stadiums for the 2022 World Cup are being constructed.

“It was amazing to see such sophisticated stadiums being built for the beautiful game,” said Anwar Ali. “I would love to play in one of these arenas some day.”

Sarthak Golui, who was a part of the India Senior Men’s team squad that caught eyeballs at the AFC Asian Cup a couple of months back, said that getting the look-and-feel of a FIFA World Cup gives its own brand of motivation.

“I had played in the Asian Cup, but the World Cup is the Holy Grail for all of us. Seeing the tournament being held in such a grand manner so close to our country, one can’t help but be motivated,” said Golui.

Assistant coach Venkatesh also reiterated the fact that giving the players a tour of the World Cup Museum could help motivate them in the future.

“These kinds of tours can serve as a great motivator for the players. These are our U-23 players, so we may say that they are the immediate future for the senior national team,” said Venkatesh. “I hope this motivates them enough that they may go on and do great things, maybe even get India to the 2022 World Cup.” 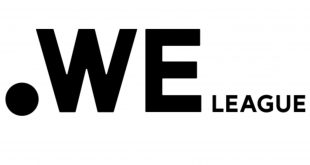