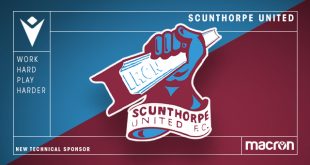 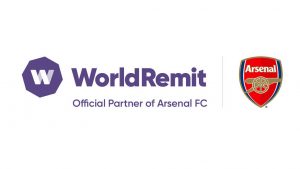 English Premier League side Arsenal FC have announced an extension to their partnership with WorldRemit, who first joined as their official online money transfer partner in 2017.

WorldRemit was founded in 2010 to provide people with a safer, faster and low-cost way to send money home to their friends and family.

Since then, the company has experienced significant global growth. Today, WorldRemit serves four million customers and sends money to 150 countries.

Following the programme’s successful debut last season, Arsenal FC will once again be working with WorldRemit to offer two youth football coaches from across Africa or the Americas the chance to attend an exclusive training programme with Arsenal football development coaches in London.

“We place huge value on building strong, long-term partnerships and it has been hugely rewarding to see this partnership and WorldRemit’s global presence evolve since we first joined together in 2017.”

“As well as continuing to support this growth and delivering on our partnership objectives, we are also excited for the return of the Future Stars programme, which champions our shared belief in the positive impact that grassroots football coaches have on the young people they train.”

Alex O’Shaughnessy, chief marketing officer at WorldRemit, added, “After a successful initial partnership, we are excited to continue working with Arsenal to reward our customers with exclusive events and experiences.”

“This year, we are expanding the Future Stars programme to further celebrate the contribution of female community football coaches. We are looking forward to welcoming two coaches, one male and one female, to London to train with Arsenal Football Development coaches.”

Applications for the Future Stars programme are free and open to youth team (under 16s) coaches from across Africa or the Americas.

For more information on the competition and how to enter, click here .

Premier League to enter Stage Two of return to training!