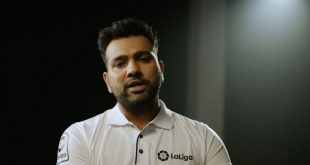 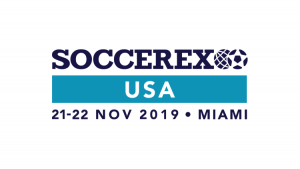 Taking place at the JW Marriott Miami Turnberry Resort & Spa, the session will feature Darren Eales, President at Atlanta United; join Boris Gartner, CEO at LaLiga North America; Rich Orosco, EVP Brand & Community, LAFC; and Jake Edwards, President at USL, to look at the ways in which soccer properties can stand out in a heavily congested sports market to build a strong connection with their fanbase.

As the soccer industry in North America continues to grow at a rapid pace, with new teams and leagues forming on a regular basis, these new soccer brands must challenge the influence of the established elite, both at home and overseas, to capture the hearts and minds of fans.

Darren Eales became President of Atlanta United in 2014, joining from Premier League team Tottenham Hotspur where he served as Executive Director. As the first President of the MLS Club, he led the Club in its record-breaking 2017 inaugural campaign which is widely considered one of the most accomplished seasons in MLS history
Boris Gartner has been CEO of LaLiga North America since the joint venture with Relevent Sports was founded in 2018 to exclusively represent the league in the US and Canada for all business and development activities. Prior to this, Boris was COO for Grupo Televisa’s Content Division – the largest Spanish-language content producer in the world.

Rich Orosco is a 20-year entertainment, consumer products, and sports marketing veteran who has conceptualized executed many award-winning product launch campaigns. Rich joined LAFC as EVP of Brand & Community in 2015 and was the winner of the 2018 Major League Soccer Marketing Executive of the Year Award.

Jake Edwards joined the United Soccer League (USL) in 2013 and is one of the key leaders on the growth of soccer in the US. Formerly a professional player, his career spanned over a decade with time spent in the English Football League, National League and USL. After 2 years at Octagon once his playing days came to an end, Jake began at USL as EVP initially before progressing to President in 2015.

Over two days, Soccerex USA will gather 2000 senior stakeholders from across the football industry to network, share insight and develop business opportunities that will drive forward the future of the game. The programme will feature key figures from across the Americas and beyond to discuss a variety of topics such as the rise of women’s soccer, the evolution of soccer specific stadia, maximizing youth development, and adapting to soccer consumption trends, as well as an overview of MLS at 25.