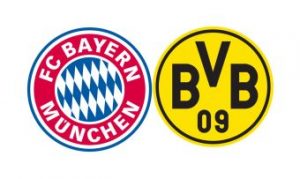 2014 FIFA World Cup winner Mats Hummels will leave Borussia Dortmund in the summer to return to his youth club FC Bayern Munich for an undisclosed fee, which is expected to be in the region of 35 to 38 million Euros.

Mats Hummels in a statement said, “the decision was not easy for me after eight and a half successful years with BVB. I have always been proud and am still proud to wear the BVB jersey and to be part of this extraordinary team. Before I return to my home town in the summer, we all still have one big goal: to bring back the DFB Cup to Dortmund and to have a huge football celebration with the BVB fans. I will give everything to achieve this, just as my team mates will also do. I would like to say thank you with all my heart to my team mates, everyone who works here and to the fans for this long and wonderful time in Black Yellow.”

A disappointed Borussia Dortmund CEO Hans-Joachim Watzke said: “Mats Hummels has decided to return to his home town Munich after having long and intensive thoughts eight and a half years after his transfer to BVB. I would like to mention that he has always been open and fair towards us. Mats won two German Championships with BVB and won the Double in 2012, he reached the Champions League final with us in 2013 and he won the World Cup as a Dortmund player in 2014. We respect Mats’ decision and we wish him and BVB that he will be shown the recognition he deserves in his last weeks in Black Yellow and that he leaves Dortmund holding the DFB Cup aloft.”

Hummels, who grew up in Munich, is a product of the FC Bayern youth academy. He will undergo the obligatory pre-transfer medical in Munich before signing a five-year contract binding him to the German champions until June 30, 2021.

“We are delighted that Mats Hummels has decided in favour of FC Bayern,” commented FC Bayern München AG chairman Karl-Heinz Rummenigge. “Mats is one of the best centre-backs in the world. With him we will increase the quality in our team even further.”

In Hummels, the third influential Dortmund player over the last three years after Mario Goetze (2013) and Robert Lewandowski (2014) has left BVB for Munich and will surely add to the rivalry amongst the two strongest club sides in Germany.