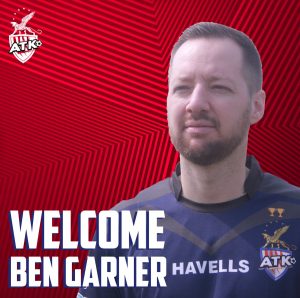 Former Indian Super League champions ATK have announced that Ben Garner has joined them as a new assistant coach for the remainder of the 2018/19 season.

The former assistant coach of Crystal Palace and West Bromwich Albion had recently been working as a scout for English Championship side FC Middlesbrough.

Garner said, “I am delighted to have joined ATK until the end of their season and hopefully can help the team finish strongly.”

“Steve (Coppell) called me just after Christmas to ask if I’d be interested and we quickly got everything agreed. As a young player growing up he was manager of Crystal Palace and someone that I looked up to. I’ve worked with some very experienced managers and Steve is another highly experienced and clever manager that I can learn from. Working with him will undoubtedly make me a better coach and manager.”

“The opportunity to experience a different culture and different challenges was a big attraction. A number of the players and staff speak Spanish so it gives me the chance to speak and coach in a different language as well. I’ve settled well and have been made to feel very welcome.”

“Having watched a number of games from before the break I’ve been able to study the other teams and players. It’s been great to be coaching again and I’m excited for the league to resume,” Ben Garner added.