Bengaluru FC look to build on momentum against Jamshedpur FC at home! 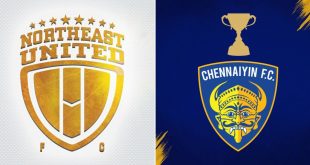 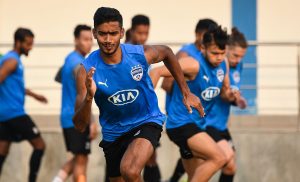 Less than a week after an inspired win over ISL leaders FC Goa kept them in the hunt for top spot in the league standings, Bengaluru FC face yet another challenge, this time from a Jamshedpur FC side that’s keen on turning around a slump, as the two sides battle it out at the Sree Kanteerava Stadium in Bengaluru on Thursday.

The Blues come into this game one the back of an enthralling 2-1 win over FC Goa, and with seven games to go in the regular season, the performance and result seems like the perfect platform from which to launch a final charge. Jamshedpur FC have always proved to be tough opponents and the away leg that ended in a goalless draw, is a good indicator of the kind of fight that awaits Bengaluru FC.

“Jamshedpur FC have shown this season that they are a good team. Over the last two seasons too, they have been among the top-four teams for most parts. There is no question of being complacent against a side like them,” said Bengaluru FC assistant coach Javi Pinillos, who will man the touchline for the Blues in place of a suspended Carles Cuadrat.

Antonio Iriondo’s side are winless in five games now, and the Red Miners will be desperate for a reaction if they are to stay in touch with the leading pack for the play-off slots. Ever since a key win over FC Goa in November, Jamshedpur FC have gone on to share points with NorthEast United FC, an out-of-sorts Kerala Blasters and Chennaiyin FC and lost all points against Mumbai City FC and Odisha FC. What hasn’t helped their cause are injuries to key personnel in striker Sergio Castel and midfielder Piti – both of whom haven’t made the trip to Bengaluru.

The visitors, though, have added Spanish striker David Grande to their roster, while midfielder Noé Acosta returns to the squad after having sat out with an injury.

When asked if the team was worried about the lack of goals from players other than Sunil Chhetri, Pinillos replied in the negative. “We have been doing enough in every game to create chances that need finishing. We are certain that the other players will get the goals. In the away leg in Jamshedpur, Subrata was one of the best players on the pitch and that is an indicator of the kind of chances we are creating.”

In team news, new signing Deshorn Brown will not be available for selection as he is in the process of obtaining his visa, while midfielder Raphael Augusto could be in the reckoning after missing out against FC Goa.

In what should serve as added motivation for the hosts, Jamshedpur FC remain the only Indian Super League side that Bengaluru FC are yet to beat at the Fortress – something the Blues will be keen to change.

The game kicks off at 7.30pm on Thursday and will be telecast on the Star Sports Network and Hotstar.