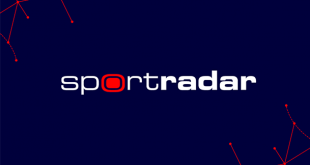 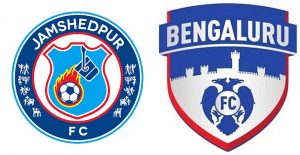 Bengaluru FC’s search for a first win in the 2019-20 Indian Super League campaign continued after a 0-0 draw against Jamshedpur FC at the JRD TATA Sports Complex in Jamshedpur on Sunday. Carles Cuadrat’s side had as many as nine shots on target, but valiant goalkeeping by the Miners’ number one, Subrata Paul, meant that the points were shared at the final whistle.

Earlier, Ashique Kuruniyan made way for defender Albert Serran in Cuadrat’s starting eleven as Bengaluru FC picked a 3-4-3 to begin the game with. Antonio Iriondo made two changes of his own to Jamshedpur’s line up as Bikash Jairu and Aniket Jadhav started ahead of Keegan Pereira and Isaac Vanmalsawma.

Needing a little help from the woodwork to deny Sergio Castel what looked like being Jamshedpur’s opener in the 7th minute, Bengaluru took the game to the hosts with a frenetic passage of attacking play. In a five-minute spell, Cuadrat’s side saw Juanan Gonzalez fire a header straight at Subrata Paul, Raphael Augusto nod one agonisingly wide from close, and the Jamshedpur ‘keeper pull off a blinder to deny Harmanjot Khabra from a set-piece routine that the Miners had absolutely no clue about.

Just when Bengaluru FC began dictating possession and play, they were pegged back by an injury to Albert Serran who had to be stretchered off the pitch in the 25th minute, as Cuadrat turned to Ashique on the bench to replace the Spaniard.

It took all of five minutes after the restart for Paul to be drawn into a save yet again. Beating Jamshedpur FC’s high line at the back, Manu Onwu did well to bring down Ashique’s lofted pass and drive into the box, only to see ‘keeper come in time to smother the shot.

On a night that largely belonged to the ‘keepers, Gurpreet Singh Sandhu turned up with two saves from the top drawer, in quick succession. Sandhu first stuck a leg out to deny Mohammad Mobashir’s goal-bound shot, and minutes later did extremely well to keep out Farukh Choudhary’s overhead attempt from point-blank range.

Fifteen minutes from time, Ashique had a big chance to break the deadlock when Sandhu set him on a run with a long throw. The wing-back left every red shirt in his wake only to shoot straight at Paul.

Needing more bodies in offensive positions, Bengaluru FC pushed forward in the final minutes, only to be pegged back once again with Augusto unable to continue after picking up an injury of his own. The Brazilian was replaced by Kean Lewis, but the Blues would find the going tough against a resolute Jamshedpur FC backline.

The Blues return to base next week, with a clash against Chennaiyin FC at the Kanteerava Stadium on November 10.

As XtraTime reports, Kolkata giants SC East Bengal today continued their preparations ahead of the …