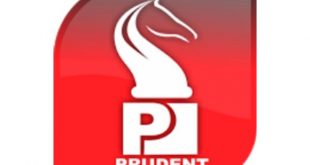 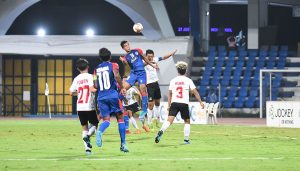 Bengaluru FC romped into the play-off round of the AFC Cup with a resounding 9-1 (10-1 on aggregate) win over Bhutanese side Paro FC at the Sree Kanteerava Stadium on Wednesday. Hattricks from Semboi Haokip (6′,26′,67′,85′) and Deshorn Brown (29′,54′,64′) and a goals from Juanan Gonzalez (14′) and Nili Perdomo (79′) saw the Blues cruise past Paro FC and set up a clash for a spot in the group stages with Maldives side Maziya S&RC. The win was also the biggest in the Blues’ history, eclipsing the 7-0 defeat of DSK Shivajians in April 2017 when Bengaluru FC were part of the I-League.

Bengaluru FC had the perfect start when Haokip, who scored in Thimphu, latched onto a long ball from Erik Paartalu and then made the most from a fumble by Paro FC keeper Tobgay, to stab home and give the Blues a lead in the 6th minute.

Juanan soon made it 2-0 to Bengaluru FC sending home a firm header after Nili Perdomo swung in his take from the corner in the 14th minute. Just when the Blues seemed to be cruising, Paro FC struck through a familiar source in Chencho Gyeltshen. The former Bengaluru FC player picked the ball in the box, lost Gursimrat Gill with a drop of the shoulder and first past Prabhsukhan to make it 2-1 with only sixteen minutes played.

But Bengaluru FC stuffed out any hopes of an improbable comeback when Haokip scored his second (26′) of the night, and Deshorn Brown made in 4-1 in the 29th minute. Perdomo picked his second assist of the game, floating an inch-perfect ball in the box that Haokip met with a delightful header before directing it home. Brown, meanwhile, scored with a powerful hit from in the box after being set up by Suresh Wangjam.

In the second half, the Blues took off from where they left and both Haokip and Brown got their hattricks New signing Nili Perdomo too joined the part with a smart finish in the 79th minute to make it 8-1. Haokip then bagged his fourth of the game, slotting past Tobgay in the 85th minute to complete the rout.

Bengaluru FC will now travel to the Maldives for the 1st leg of the play-off fixture on February 19 before hosting Maziya on February 26 for the reverse leg. 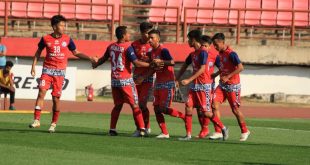