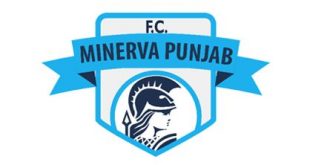 Minerva Academy to conduct trials in the Northeast! 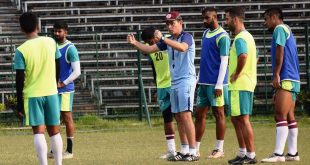 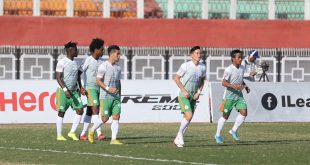 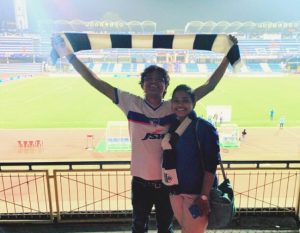 “Bags packed, Visas done. Doha here we come to cheer for our Club,” the couple said in chorus. On the eve of the historical AFC Cup 2016 final, AIFF Media unearthed a sublime love story on the ‘West Block Stand’ which blossomed beyond the marriage.

Harsha Gururajrao and Amitha Babu, both IT Professionals and married for almost two years now, are an integral part of the fan group and the couple is gearing up to travel all the way to Doha to cheer for JSW Bengaluru FC.

“Generally after a home match, we gather in a restaurant to relive the moment. On October 19, after Juanan put in the third goal, we started sensing something great. All started calling travel agents to arrange the visas and we started checking the ticket prices,” Harsha Gururajrao, an IT-professional from the Silicon Valley of India recollected while speaking to AIFF Media.

“And I can’t do it alone. Amitha, my wife will always be there for Football. So we decided to travel together,” he informed.

The inception of Bengaluru FC brought in a new revolution in the stands of Indian Football. Amidst the vocal chords who sing and cheer for the Club and also the Indian National Team when they play at the Sree Kanteerava Stadium, you will spot a number of ladies in the stands.

On being asked how they could manage to squeeze the time for this trip, she quipped, “When it comes to Bengaluru FC, we don’t even think twice. We work overnight to get our job done. This is something which won’t happen every day. We will complete our assignments in time and travel to Doha “, the IT-professional lady couldn’t hold back her admiration for JSW Bengaluru FC.

“I used to follow FIFA World Cup and European Football before, but after my marriage, I saw my husband following Bengaluru FC, a club from our very own City whom we have witnessed growing up in front of our eyes. Hence, I started to go to the Stadium. Since 2013, we haven’t missed a single match in I-League and the AFC Cup,” there’s excitement in her voice.

There are a lot of ladies in the stands whenever Bengaluru FC play in the Garden City. Many of them are college-goers while the major share are IT professionals and together, they symbolise the new Gen-X which Indian Football is catering to.

Amitha is even coordinating with other members of the ‘West Block Stand’ to arrange for a grand welcome for the team when they touchdown at Bengaluru.

“No matter what’s the result on November 5, we’re always with you and we’ll always cheer for you guys from our own West Block Stand.”

On being asked what prompted her to be a ‘West Block Blues’ active member, she rattled “the way the Club treat their fans, is just emphatic, truly exceptional.”

“The club attract their fans and they make us feel an integral part of the club itself. It’s full of positive energy. Being a part of West Block Blues is not just watching the match, we volunteer, we paint, we make posters, we contribute in whatever capacity we can.”

The couple, along with some 30 more travelling fans, is also carrying some merchandise for the NRIs in Doha.

“There are a lot of Indians in the Gulf region. We are in touch with all the Indian communities. They have even asked us to carry Club merchandises for them. I assume, in terms of numbers, we can outnumber the Iraqi fans,” Harsha opined.

@Arunfoot
Previous Who is The Best? The Best FIFA Football Awards to crown The Best of 2016!
Next iSportconnect announces China Directors’ Club in Shenzhen on November 29!