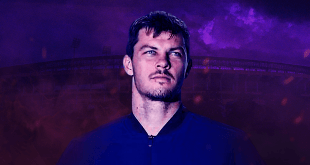 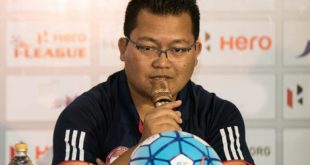 Juanan Gonzalez did the star turn for Bengaluru FC after the defender’s goal in the first half (36′) gave the Blues a 1-0 win over Odisha FC and sent Carles Cuadart’s men to the top of the Indian Super League on Wednesday at the Balewadi Stadium, in Pune.

The win also meant that Bengaluru FC have now stretched their unbeaten run in this season to seven games. What began as a cagey affair came to life in the second half after the hosts rejigged their strategies but a stubborn show between the sticks from Gurpreet Singh Sandhu saw the blues keep their fifth clean sheet of the campaign.

With striker Aridane Santana playing in a withdrawn role, Odisha’s intent to let Bengaluru dictate the opening half while looking to catch them on the counter, was evident. Josep Gombau’s men did come close to making the ploy count when they began a move from a Bengaluru freekick in the 15th minute, only for Gurpreet Singh Sandhu to deny Nandhakumar when he got his fingertips to a low shot and pushed the ball out for a corner.

Bengaluru FC soon had their chance at grabbing the opener when Udanta, latching on to a pass from Harmanjot Khabra, found Sunil Chhetri to the cut the ball back to. The skipper, who was lining up his strike, was denied by a timely intervention from Diawandou Diagne.

The more assured of the two sides, Bengaluru FC went ahead through an unlikely source in defender Juanan Gonzalez. Picking up the afters from a corner, Erik Paartalu’s header made it to Juan, who brought the ball down with his chest and angled his shot that kissed the post at the far end and rolled in to make it 1-0.

Ten minutes into the second half, Odisha had their moment to claw back into the game but Gurpreet’s brilliance and the post denied them thrice in a space of seconds. Marcos Tebar rose to head Xisco’s take from the corner. The ball took a deflection off Juanan, but Sandhu did really well to adjust his position and keep the effort out. With the Bengaluru FC keeper sprawled on the ground from making the save, Diagne – with the simplest task of stabbing the ball into an open goal – managed to hit the post before Nandha’s third attempted was blocked away by Gurpreet. Raphael Augusto hoofed away any further danger before referee Crystal John whistled for an infringement in the box.

With Odisha FC upping the ante in attack, the game opened up and Bengaluru were quick to react. The hosts, who had a double chance minutes earlier, had to defend one when Chhetri and then Augusto saw their goal-bound shots kept out. Erik Paartalu got in on the act but saw his effort kept out by Odisha ‘keeper Arshdeep Singh after the Australian found himself in space in the box.

With twenty minutes on the clock, Cuadrat rang in his first change of the evening, bringing on Semboi Haokip for Udanta Singh as Chhetri moved to the right in attack. Chhetri would then move down to the left flank, allowing Nishu Kumar to switch over to the right before Cuadrat’s second change saw Augusto withdrawn in favour of Rahul Bheke. Bengaluru FC kept possession and recycled the ball well in their bid to avoid a late resurgence and Odisha FC’s best chance to find a leveller came through Santana’s header from a corner but the Spaniard saw his effort sail high of the frame.

Cuadrat’s men return to base next, where they await the visit of Mumbai City FC on the December 15.