BFF celebrates its Grassroots Day on November 11 each year to commemorate the birth anniversary of the Fourth King of Bhutan, Druk Gyalpo Jigme Singye Wangchuk.

BFF’s Grassroots celebrations marked a significant milestone with an increased number of participation this year, attracting 2,108 boys and girls under the age of 12 and was conducted in the 18 districts across the country.

In Thimphu, the FIFA Grassroots Course Instructors, participants and representatives of Thimphu organised the festival at the Changlimithang Stadium while Paro FC took the initiative to lead the celebrations in the Paro District.

The festival was conducted to create encouraging environments for everyone with the opportunity to play, regardless of their playing ability or background.

BFF’s representatives led the festival in 16 districts with exercises like dribbling, shooting and small sided games, so that the children learnt some basic techniques as well as had fun playing games.

In Ashgabat, TFF celebrated its grassroots festival with the theme: ‘Make friendship with the spirit of fairplay’ which saw the participation of 150 children for the U-7 and U-9 categories.

TFF conducted several activities which included mini-football matches between all the participating teams to foster good friendships through football between teams, children and coaches. 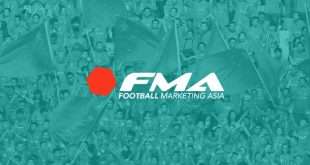