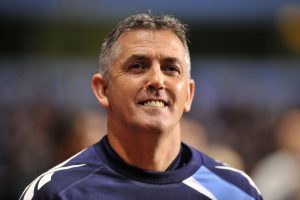 Coyle, a former English Premier League manager with Burnley FC and Bolton Wanderers, joins Chennaiyin FC on a contract till the end of the season.

“I am incredibly proud to join Chennaiyin FC as Head Coach. It will be my immense privilege to join a club with so much success already in its early history with two ISL titles. I believe we possess a squad with great potential and the hunger to do well, complimented by an ardent fanbase always backing us. I can’t wait to get started,” said an elated Coyle on the phone to the Chennaiyin FC media team.

“Owen (Coyle) is a renowned name in British football, with a fantastic career as both player and coach. We are really happy and excited to have him onboard. Our conversations with Owen have been really promising and we are certain he will steer us back to glory. I wish him the very best as he begins his tenure with us,” said the Chennaiyin FC co-owners jointly.

Coyle enjoyed a long and impressive career as a striker with the likes of English Premier League Bolton Wanderers along with Dundee United and Motherwell FC in the Scottish top flight among other clubs. A Scot by birth and an Irishman by descent, Coyle has scored more than 300 goals in his entire playing career and has also appeared at the international level with the Republic of Ireland.

His initial coaching assignments were in Scotland with Falkirk, St. Johnstone and former club Airdrie United before moving to Burnley FC in the English Championship. He won them promotion to the English Premier League in his first season in-charge, beating Sheffield United in the 2008-09 Playoff Final at Wembley.

After a two-and-a-half years at Burnley, Coyle went on to become Bolton Wanderers manager in January 2010. A tenacious EPL outfit under Coyle, Bolton also reached the FA Cup semis in his first season in-charge. Awarded the Premier League Manager of the Month thrice, he later moved to Wigan Athletic in the English Championship in 2013, followed by a first stint outside Europe with Houston Dynamos in USA’s Major League Soccer (MLS) in December 2014.

He then returned to the English Championship with Blackburn Rovers in 2016. That was followed by a short spell at Ross County in Scotland before his first move now to Asia in December 2019, at the helm of the two-time Indian Super League champions Chennaiyin FC.