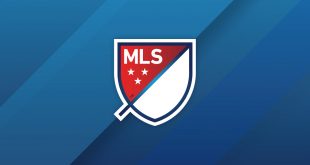 On International Women’s Day (March 8), women and men alike had the opportunity to share the successes and challenges of their member associations at FIFA’s Women’s Football Conference in Mexico City.

“Balance for better” could not have been a better theme for a day that recognises women around the world, and the sentiment rang true throughout the event, with the goal to align a women’s football strategy as a united confederation. Participants were empowered, inspired and motivated to progress women’s football in their countries and the positive atmosphere during the event was palpable.

The three-day conference (6-8 March) brought together FIFA representatives, Secretary Generals and administrators from all 41 member associations of the CONCACAF region to discuss key issues around the development of the women’s game and the empowerment of women in football.

Charryse Bean from Bermuda FA touched on the importance of having the decision makers in the room, “To have our General Secretaries with us discussing this important topic and working together on tangible steps was so valuable. The support and collaboration of FIFA and CONCACAF is a real indication that Women’s Football is a top priority for both organisations and we are so grateful for the support they offer”.

Those in Mexico City were able to attend a leadership session, while there was also a presentation and discussion on FIFA’s Women’s Football Strategy, led by Chief Women’s Football Officer, Sarai Bareman. “We must all have a clear plan in place with a vision of what we want in our countries for women’s football. Putting in place a strategy helps to prioritise our work, communicate clearly with stakeholders and ensure that we have the necessary resources to implement our strategy”.

Some of those who also spoke at the conference included FIFA Secretary General Fatma Samoura, Karina LeBlanc (Head of Women’s Football in CONCACAF) and Lucia Mijares (Development Director of the Mexican Football Federation). Recently appointed to lead the new Women’s Football Department in CONCACAF, Le Blanc inspired the participants to take action “If you are not ready to support the women’s game and commit to its growth, then do the right thing and step aside to let someone else have the opportunity”.

Fittingly, on International Women’s Day, there was also a panel session that highlighted the importance of gender balance in organizations at the top level – particularly in football organizations.

The sessions saw lots of engagement and discussion, and importantly, some key outcomes that will be taken away by member associations that included:

– Member Associations to drive the development of women’s football within their countries using the FIFA Women’s Football Strategy as a guide to create their own strategies.

– The importance of each member association knowing and understanding their own country’s ‘football story’ to help boost the profile of their grassroots football and national team players.

“The Zion train is coming our way, you gotta catch the train because there is no other station, then you are going in the same direction.”

After quoting the legendary Bob Marley, FIFA Secretary General Fatma Samoura let participants know, “The progress train for women’s football has left the station and you better get on board or you will be left behind.”

A powerful message to officially close the conference, leaving participants with no doubts that women’s football is a priority, it will continue to grow and they must do their part to contribute to a better balanced world in Football. 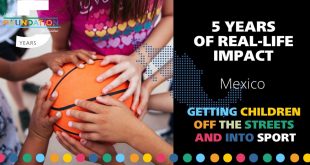