Following the recent decision by FIFA and CONCACAF to suspend the CONCACAF Qualifiers for the 2022 FIFA World Cup, the Confederation can now confirm that the CONCACAF Nations League (CNL) Finals, previously scheduled for March 2021, will take place in June 2021.

The CNL Finals is the culmination of a hugely exciting inaugural CNL Group Stage which saw 102 official matches involving all 41 CONCACAF Member Associations take place in the September, October and November 2019 FIFA match windows. The four winners of the League A groups – Costa Rica, Honduras, Mexico and USA – qualified for the first CNL Finals which was originally scheduled to take place in June 2020 but was suspended due to the public health situation.

The match-ups for this final four format were determined by performance in the group stage and will see USA vs Honduras and Mexico vs Costa Rica in the Semifinals, before a Final to crown a first ever CNL Champion, and a third-placed match.

This official competition Finals event will take place in a centralized location in the United States in June 2021. CONCACAF will now work with our stakeholders to finalize the location and specific dates for this competition.

Playing this competition in June 2021 will enable the First Round of the CONCACAF Qualifiers for the FIFA World Cup, which involve 30 CONCACAF Member Associations, to take center stage in March 2021.

CONCACAF remains in discussions with FIFA to agree a new schedule for the CONCACAF Qualifiers which retains the current format. 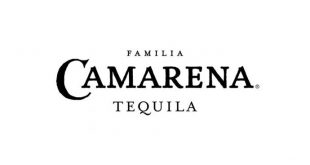