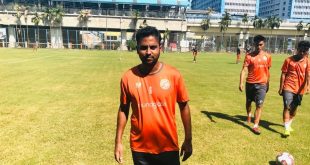 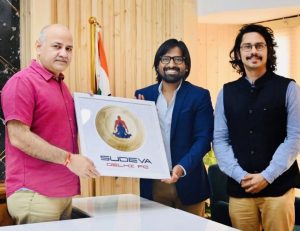 Deputy Chief Minister of Delhi Manish Sisodia will be launching the I-League playing Sudeva Delhi FC side for the 2020-21 season on Friday, November 27.

Sudeva Delhi FC already began their pre-season in October in full swing taking the precautionary measures and safety guards of COVID-19 with GOI SOPs in the residential premises of Sudeva based in Raj Niwas Delhi.

“It is our honour to unveil the team with Deputy Chief minister of Delhi Manish Sisodia who is promoting not only football but also creating a sporting culture in the capital to nourish the talent and to provide world class facilities and training to our youth for advancing in the field of sports.”

“I am extremely happy and honoured that Delhi Government have shown their support and trust in Sudeva Delhi FC as we aim to nurture the talented youth in the capital” and he also added that being the first club from Delhi, we will not only develop talent but we will also promote the talent of Delhi at top level,” saidSudeva Delhi FC president Anuj Gupta.