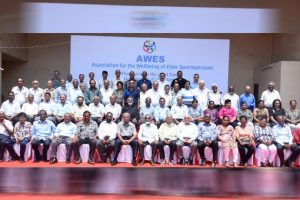 After a monsoon break, football returns to the land of sun, sea and sand, as the season opening 1st AWES Cup kick starts on Friday with local favourites Calangute Association locking horns with the mighty Dempo SC at the Duler Stadium in Mapusa.

A major restructuring in the Goa Football Association’s football calendar will see a longer Goa Professional League comprising of twelve teams and a longer season, stretching over six months, that will kick off with the 1st AWES Cup. In the past season opening tournaments have attracted a huge crowd at the Duler Stadium in Mapusa.

Calangute have a new coach this season handing over the reins of the first team to former Sporting Clube de Goa coach Alex Alvares. “We are in a tough group and Dempo are always a strong side. We have a team of exciting young players who will aim to play an attacking game of football and entertain the crowd. This tournament will help us gauge our strengths and weaknesses before the Goa Professional League,” said Alex ahead of the opening match.

Calangute have strengthened their team from last season by capturing a number of exciting young players. Local lad Myron Fernandes, will be looking to make an impression against his former club after a long injury lay off that saw him miss two full seasons. Their defence would see another former Dempo defender Amar Halankar partnering with Mayur K, signed from Pune. Bersal Viegas, formerly with Salgaocar Juniors and Don Bosco Fernandes, formerly with Sporting Clube de Goa will most likely start on the wings.

Calangute Association, banking on their huge local support will aim to upset Dempo SC. Last season, in the Goa Professional League, honours were shared between both the clubs who won one game each.

Samir Naik will make his debut for Dempo SC in the dugout as a coach after playing for the club for 18 long years. The full back who has just answered his A Licence Coaching exam has a youthful squad at his disposal. From amongst last season’s players, Dempo has retained the services of Joaquim Abranches, Beevan D’Mello, Nickson Castanha, Tyson Caiado and Mario Mascarenhas while exciting youngsters like Latesh Mandrekar, Jaison Vaz and Yogesh Kadam have been signed. Nestor Dias and Desmon Pereira have been promoted from the junior teams. “We have a team with a mixture of experienced players and some exciting young players who will look to prove a point. This tournament gives them a platform to play against some quality outstation teams. I am sure they will give their best,” said Samir ahead of his first ever match in charge of Dempo SC.

“This is my first ever game in charge of a senior team. I have learnt a lot from all my previous coaches whom I have played and worked under. In modern day football, coaching is a tough job, but I am looking forward to sharing my experience and knowledge with this young Dempo side and I am hopeful we will stay true to the Dempo style of attacking possession football,” said the 37 year old former India international.

Meanwhile AWES has announced the entry for all matches of the AWES Cup would be free. All matches would kick-off at 4pm. The group matches will be played everyday till the September 12 followed by the semifinals and final.