Home / Indian Football / General / Despite the pandemic can the Indian football season be held? 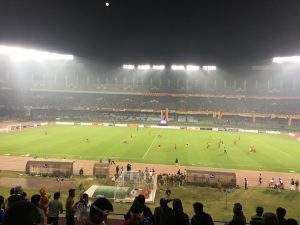 Most of the planet is currently in the grip of the terrible COVID-19 pandemic with over 30 million cases and over 960,000 people dead. India has been hit hard by the pandemic only second to the United States.

One thing is clear, the 2020/21 season is set to be played without fans, which is a big big loss, but to me a lot of questions remain currently unanswered or are still in the planning stage before the football kicks off again.

And the question going around in my head in the last few weeks, despite the pandemic can the 2020/21 Indian football season be held at all?

And honestly there is no definite answer and one does not want to be in a position to take definite decisions.

I have been thinking about the question as one has seen the spread of the pandemic around India and earlier this year the impact it has had on sports around the world. If one is honest, an uncalculated risk has been taken by sporting bodies, clubs and franchises around the planet, which luckily has worked in most cases, if one discounts the numerous positive cases or the exemption of teams and/or athletes.

But in an Indian context, can the All India Football Federation (AIFF) for the I-League and Second Division League (I-League qualifiers), and Football Sports Development Limited (FSDL) for the Indian Super League guarantee the proper conduct of the respective leagues?

Can the AIFF run the full season?

I’d say at the start, a definite no, then at the moment one is only discussing the conduct of the Indian Super League, I-League and Second Division League (I-League qualifiers) with some local leagues across India already postponed to 2021, but hey could be cancelled completely in the end, while the topics of women’s football and youth football I will address below.

The AIFF has received guidelines from FIFA and the AFC on conducting leagues, competitions and matches under an ongoing pandemic, but the examples of postponed FIFA World Cup qualifiers or the cancellation of the AFC Cup show the extent of the pandemic across Asia and the world.

A big word is the creation of a bubble with minimal or no outside contacts.

Will the AIFF be able to hold the I-League qualifiers in Kolkata?

The AIFF has released a calendar from October 8 to 19 for the five team Second Division League (I-League qualifiers) to be played at the Saltlake Stadium and the Kalyani Municipal Stadium.

The AIFF has set Standard Operating Procedures (SOP) in place, again as per FIFA and AFC guidelines and with support from the IFA (West Bengal), the West Bengal state and central governments, but to me questions remain like, why does one have to spread the tournament between Saltlake and Kalyani, which is a logistical risk due to distance and travel besides possible contamination of the bubble.

Why couldn’t the competition be played at Saltlake, if not at the big Stadium then on the training pitches as all matches would be without fans.

Then there is the questions if Kolkata is safe to play despite the pandemic, are the participating teams be it Mohammedan Sporting Club (Kolkata), Bhowanipore FC (Kolkata), FC Bengaluru United, ARA FC (Gujarat), and Garhwal FC (Delhi) in a position to follow the SOPs and guarantee no interactions with outsiders? There we use the term ‘bubble’ again, which needs to be created.

Will FSDL be able to hold the ISL-7 in Goa?

I then move on to the ISL, which the FSDL has wonderfully organised over the last six years since its inception. But now FSDL are set to face their biggest test, in organising the Indian Super League – Season 7 during a pandemic. A one state competition with 11 teams, if we add East Bengal Club into the mix, which means three stadiums plus 11 training grounds across a coastal state like Goa, which has also seen growing COVID-19 cases.

Being currently in the monsoons also means getting 11 training pitches for the franchisees and clubs ready across Goa isn’t an easy ask. Then there are issues like accommodation, transport, match days and again maintaining the ‘bubble’.

Maybe FSDL should have considered a different format or even done what the IPL in cricket has done, consider playing abroad under better pandemic conditions than India. That could have also helped in the global promotion of the ISL.

Will the I-League be held in Kolkata?

After the Second Division League (I-League qualifiers), the AIFF plans to hold the I-League in Kolkata as a single city event across multiple stadiums in and around the city. The logistics will be much more complex then the qualifiers as a full-fledged league would have to be held.

And again the question could be asked to shorten the I-League, could a different format be chosen for this season? It is about getting the I-League to play and finish the campaign.

Can foreign players arrive in India?

This is one question that no one seems to ask, which I feel is a tricky one to solve.

With COVID-19 cases rising again across Europe, India having no scheduled flights with the rest of the world, will foreign players and coaches be able to fly into India at all?

To me its a big question mark, then especially Spain is of special interest with many Spaniards playing and coaching in the ISL and I-League. If one follows the pandemic in Spain, then one knows that Madrid has started to enforce lockdowns again in certain localities and municipalities.

So the question remains, can players leave their home countries? Will India allow them to enter the country? Then India is issuing no visas at the moment.

What happens to women’s & youth football?

And then there is women’s and youth football, which could be cancelled completely!

Once the AIFF have sorted their plans and get the men’s leagues started, then maybe plans for at least the Indian Women’s League could be made and implemented.

But especially the youth are in danger of losing a whole season due to the pandemic and there are no options or solutions to that problem.

In the end one can see, loads of questions across this article which are currently unanswered before football can really restart in India.

I wish the AIFF, FSDL, the clubs and franchisees, all the best! Stay healthy, Stay safe!!!

@Arunfoot
Previous Bayern Munich’s Bundesliga domination not good for the league!
Next Islands Cup Open VIDEO: One on One with ex-England defender Joleon Lescott! 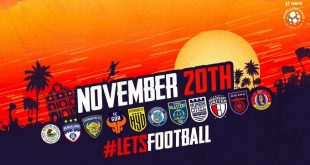