Composition of normalisation committee for Trinidad and Tobago confirmed!

The Confederation of North, Central America and Caribbean Association Football (CONCACAF) today conducted the official draw for the 2020 CONCACAF Men’s Olympic Qualifying Championship, at the Akron Stadium, in Guadalajara, Mexico.

The groups for the 2020 CONCACAF Men’s Olympic Qualifying Championship are as follows:

Group A
A1: Mexico
A2: USA
A3: Costa Rica
A4: Dominican Republic

The 2020 CONCACAF Men’s Olympic Qualifying tournament will kick off with an initial group stage between March 20 – 27. After group stage round-robin play, the top two finishers from each group will move on to the semifinals. The semifinal matches, which will determine the two qualified teams to the Olympics, will be played at the Estadio Jalisco, on Monday, March 30. The final match, between the semifinal winners, will be played at the Akron Stadium, on Wednesday, April 1.

Fans will be able to follow all the action through the Confederation’s partner networks, including TUDN (Mexico), One Soccer (Canada), Flow Sports (Caribbean) and other local partners. For other territories, the event will be available on CONCACAF GO (subject to territory restrictions).

Competition Format: The eight participating teams have been sorted into two groups of four teams. After round-robin play, the first and second place finishers of each group will advance to the semifinals. The semifinal winners will automatically qualify for the tournament’s final, as well as the Men’s Olympic Football Tournament Tokyo 2020. 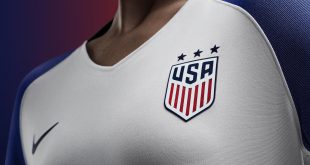 Launching a new era for the organization, William Wilson has been named the new Chief …