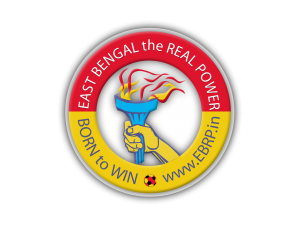 One of the most active fan groups amongst those following Indian club football teams, East Bengal The Real Power will once again be holding their annual EBRP Fest 2019/20 in Kolkata.

The EBRP Fest is a hidden treasure of fan involvement in Indian football. In a celebration of the beautiful game, the event provides a remarkable opportunity of fan involvement and interaction; all in a well-orchestrated collaborative yet competitive environment. Every year since inception, the event went on to beat the popularity of its previous edition. From a humble one or two game event, attendance has now surged into thousand.

Much before ISL introduced auction in the footballing arena, EBRP’s football festival took a leaf from cricket’s favourite child, IPL, and introduced players’ auction. Players, almost all of them passionate Red & Gold Fans, register in a common pool and practice together. Keen eyes of mentors, managers, and technical directors of the eight participating teams observe and pick players in a currency-less auction. Young minds get to work on organizational skills, auction strategy and much more in an atmosphere that they strongly connect to.

At the time of the first auction, staying dry was the ambition. Such is the gaining popularity of the event, this year, the auction will be held on June 2 at the Pride Plaza hotel. Gone are the days of sharpening pencils. Each team is now equipped with tabs and laptops with data of every player going under the hammer.

Numerous corporate houses are now connected with the event. ONGC was the main sponsor in the last edition. Association with corporate occurs through media partner, kit sponsor, social media partner, travel partner, food and beverage partner and several other event partners. It is well attended by current and ex-players – household names such as Mehtab Hossain, Saumik Dey, Avijit Mondal, Falguni Dutta and several others graced the occasion multiple times.

Every edition is made memorable with some innovative new initiatives. The last edition witnessed the “Vision football match”. In association with FABB (Football Association for the Blind of Bengal), a football match was staged and a sum of Rs. 10,000 was handed over for future development.

This year is special as the East Bengal Club is on verge of its centenary. Quite aptly, EBRP’s football fest kicked off on April 23, 2019 – exactly 100 days before the centenary date. 100 candles were lighted in the house where East Bengal was born. As we head to the D-day, June 23, more fireworks are expected.

Let passion take over, and the rest will follow!