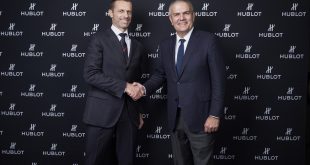 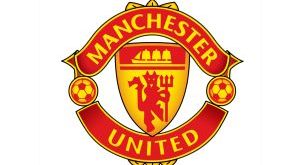 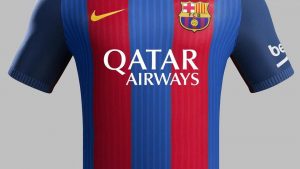 Spanish LaLiga champions FC Barcelona at its 2016 Ordinary General Assembly over the weekend the delegates confirmed the one-year extension of its shirt sponsorship deal with Middle Eastern airline Qatar Airways until summer 2017, while their delegates also approved the renewal and extension of the sponsorship agreement with US sportswear giants Nike.

FC Barcelona have been speaking with a number of multinationals about a sponsorship deal which could be double the value of the Qatar Airways deal of 33 million Euros, but the Catalan giants have not progressed enough to finalise any new shirt sponsorship deal and therefore they have extended their deal with Qatar Airways for another season.

Meanwhile the club and its members approved the extension of their kitting sponsorship agreement with US sportswear giants Nike until 2028. The current deal runs until 2018 and it has now been extended by a full 10 years – the initial five and then five more which are extendable – until June 30, 2028.

Though no official numbers were released, it is expected that the new deal would be worth a whopping 150 million Euros per year, a new record for an international club kitting deal in professional football.

An exclusive behind the scenes from an amazing shoot with Ranbir Kapoor, Amrinder Singh, Pratik …