FC Dallas withdrawn from MLS is Back Tournament!

Press Release 2020-07-07 Americas Comments Off on FC Dallas withdrawn from MLS is Back Tournament! 429 Views 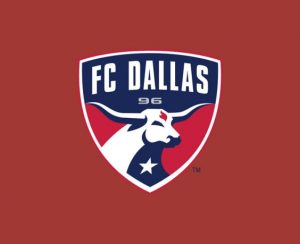 Major League Soccer announced Monday, July 6 that FC Dallas have been withdrawn from the MLS is Back Tournament due to 10 of the club’s players and one member of their technical staff testing positive for COVID-19.

Each of these positive tests either occurred upon the club’s arrival or within a few days of arrival in Orlando. The decision was made in the best interest of the health of all players and staff participating in the tournament, and in line with protocols created in conjunction with local and national health authorities and infectious disease experts, the league said.

“Given the impact of the number of positive tests on the club’s ability to train and play competitive matches, we have made the decision to withdraw FC Dallas from the MLS is Back Tournament,” said MLS Commissioner Don Garber in a league statement. “The health of everyone involved in our return to play has always been our top priority, and we will continue to make decisions consistent with that priority.”

“FC Dallas supports Major League Soccer’s decision to withdraw the club from the MLS is Back Tournament after 10 FC Dallas players and one coach tested positive for COVID-19 while in Orlando.”

“As we continue to focus on the well-being of our players, coaches and staff who are in isolation in Orlando, we understand it is not in their best interests to compete at this time,” said FC Dallas Head Coach Luchi Gonzalez. “While we’re disappointed, the health and safety of our traveling delegation as well as our league partners is our highest priority.”

FC Dallas will cooperate with MLS and local health officials, both in Florida and Texas, on a plan that can safely bring the team back to Frisco in a way that minimizes risk of exposure to all parties involved and ensures their safety.

“We absolutely agree with the league’s decision to withdraw FC Dallas from the MLS is Back Tournament out of safety concerns for our players and staff,” said FC Dallas President Dan Hunt. “We’re looking forward to resuming the 2020 season once the entire club is healthy and in position to play competitive matches at the highest level.”

FC Dallas had been drawn into Group B of the MLS is Back Tournament, where they were due to face the Seattle Sounders, Vancouver Whitecaps and San Jose Earthquakes. Their tournament opener against the Whitecaps on July 9 had previously been postponed.

Of the 557 players currently in Orlando, 13 total players have been confirmed positive for COVID-19, 10 of those being FC Dallas players and the remaining three from two other clubs.