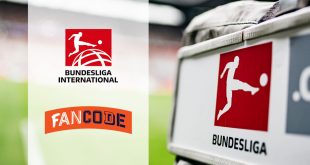 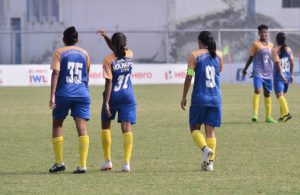 FC Kolhapur City finished off their 2018-19 campaign with a 2-0 victory over SAI-STC Cuttack at the Guru Nanak Stadium in Ludhiana on Thursday.

It was a mixture of both experience and youth, as Kamala Devi and Renu scored the two goals for FC Kolhapur City. SAI defender Jyoti Kumari was awarded the Player of the Match for her exploits in the defence.

FC Kolhapur City were the dominant of the two sides from the very start, as they enjoyed long bouts of possession in the middle of the park. The Maharashtra side got the lead early on, when their captain Kamala Devi dribbled past two defenders and fired it in from outside the box on the seventh minute.

They went on to double their lead in a little over 10 minutes before the half-time whistle, when Renu put one in from long range. The India U-19 international received the ball on the right, dribbled past a defender and sent in a cross that sailed over SAI keeper Subha Patra into the goal.

The proceedings continued to be dominated by FC Kolhapur City in the second half, as they looked up to their strong backbone – Jabamani Tudu in defence, Kunti Kumari Lakra holding the middle, and Nigerian Crystal Eke leading the line.

Captain Kamala Devi was creating the chances from within the hole, while Renu made dangerous runs on the right.

With less than 10 minutes left on the clock, Renu had a chance to score a brace when she controlled a cross from the left and unleashed a fierce shot that thudded the crossbar.

From the ensuing melee, Kamala got in a shot on the volley, which again hit the crossbar. However, the referee had already blown the whistle for a foul on a SAI defender.

With this win, FC Kolhapur City climbed over SAI to the third place on the table with seven points, but it was not enough for them to make it to the semifinals.