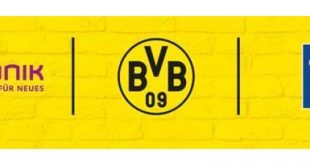 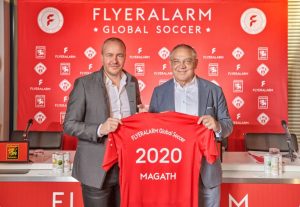 The FLYERALARM Group today announced that they are bundling their sports and sponsorship activities in football under a new roof and as head of FLYERALARM Global Soccer they have appointed the experienced international football expert Felix Magath. Magath is taking on his new role with immediate effect and is now responsible for FLYERALARM’s commitment at FC Würzburger Kickers (3.Liga, Germany) and FC FLYERALARM Admira Vienna (Austrian Bundesliga) clubs. In addition, he will also take care of other activities in the field of football in order to further expand the company’s existing commitment in the sport.

“I am very pleased that we managed to get Felix Magath, a passionate and accomplished football expert, enthusiastic about our activities. With his help we want to further develop our existing commitments and also start new projects,” explains FLYERALARM Managing Director Thorsten Fischer.

“The job and ambitions of FLYERALARM Global Soccer have inspired me from the first conversation. I have always been a friend of developing something that I can and will do here. We have ambitious plans with the two clubs and also want to cause a sensation with innovative ideas and activities,” said Felix Magath.