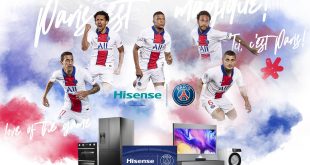 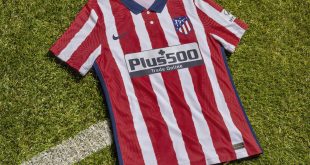 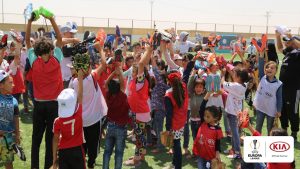 Former players such as Michael Owen and Francesco Totti are inviting children from grassroots clubs around Europe to participate in an online campaign to hone their footballing talents.

Recent months have certainly not been easy for youngsters across the continent, with the COVID-19 pandemic putting on hold any youthful ambitions of trying to become the next Francesco Totti or Rafael van der Vaart. However, thanks to UEFA Europa League sponsor Kia Motors, children have at least had the chance to practise ‘virtually’ with some of their footballing heroes.

Michael Owen, Patrice Evra as well as Totti and van der Vaart themselves have been more than happy to take part in online coaching clinics enabling kids to learn new skills, at a time when grassroots football remains inaccessible in some countries.

“This is a great initiative and good fun in so many ways,” said Owen, a 2001 UEFA Cup winner with Liverpool. “It has been a while since I picked up a football, but it has been fantastic to be able to make a difference and give children the opportunity to participate in a great campaign and help with their football development.”

Kia Motors proposed this digital coaching initiative to UEFA following the suspension of the UEFA Europa League Trophy Tour driven by Kia – offering to use its resources and visibility to help limit the impact of the COVID-19 lockdown on grassroots soccer.

“I can imagine how difficult it must be for children across Europe who just want to get out on the pitch and play,” said former Monaco, Manchester United and Juventus defender Evra. “It is only through practicing that children will improve, and I am delighted to have had the chance to help in their development.”

In helping youngsters to play, the digital coaching clinics developed by Kia have offset, in some small way, the suspension of the UEFA Europa League Trophy Tour. In partnership with the UEFA Foundation for children, the Kia-sponsored Tour had been collecting unwanted pairs of football boots from people around Europe for donation to the Zaatari refugee camp in Jordan.

“It is a special moment when you receive your first pair of boots as a youngster – it certainly was for me,” said Totti, who played over 600 times for AS Roma in a career spanning almost a quarter of a century. “I am really happy to support the UEFA Foundation and Kia by giving kids at Zaatari that same opportunity to have boots they can call their own.”

The boots initiative dates back to 2017 when the UEFA Foundation funded the creation of a football pitch at Zaatari, only for it to become clear that there weren’t enough children’s football boots. Consequently, Kia and the Tour have compiled more than 2,000 discarded pairs to be given to kids sheltering at the camp.

“When I received my first pair as a child, I slept with them every night because I knew that one day they could help me try to achieve my goal of becoming a professional footballer,” said van der Vaart. “This is why I am so proud to be part of this campaign giving children at the refugee camp the opportunity to play football.”

This season’s UEFA Europa League quarterfinals, semifinals and final will be played as a straight knockout tournament in Germany in August. The final will take place in Cologne on August 21.

Previous India’s Class of 2011 joins in as AIFF-SAI joint Special Reconversion Course draws to close!
Next AFC Disciplinary and Ethics Committee bans a player for life!