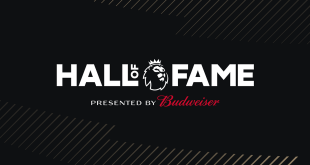 The English Premier League to launch Hall of Fame! 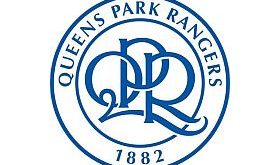 iSportconnect has announced that Marek Borowik from Formula 1, and James Tyler from Premiership Rugby are the latest to join the speaker lineup at their 2019 CRM & Ticketing Masterclass, which will be held on Wednesday, May 22 at the Holiday Inn, Regent’s Park in London.

The content of the Masterclass will focus on the customer journey built around data insights and engagement prior to the event, innovations to make the ticketing experience more seamless and post-event follow through.

In partnership with AXS and Goodform, iSportconnect’s CRM & Ticketing Masterclass will bring together industry thought leaders to focus on new ways for rights owners, brands and their partners to prosper, thrive and grow as the digital revolution continues to disrupt the traditional marketing models.

The speaker lineup will feature:

Marek is an accomplished customer marketing executive with more than 10 years’ experience with leading brands. He joined Formula 1 in February 2018. In this role, he is responsible for growing F1’s relationship with its fans across multiple products and territories. Before joining F1, Marek worked in the telecoms and media industry at BT, Virgin Media, Sainsbury’s and Vodafone. He has been responsible for managing customer communication programmes to decrease subscriber churn and grow customer value through highly targeted and personalised direct communications at scale. Throughout his career, Marek has advocated the use of emerging technology to engage with customers and fans.

James has worked at Premiership Rugby for over 15 years and has been Head of Marketing since 2014. He has overseen the growth of the Gallagher Premiership Rugby Final to ensure sell-out crowds and increase yield season on season. Working with Goodform and overhauling their ticketing partnerships, Premiership Rugby have continued to grow their first party database and take digital engagement levels to a record high, notably with e-zine open rates rising from 20% to over 40% in the past three seasons. He has also been behind the recent re-brand of the corporate mark and competition marks, which provide the platform for increasing brand recognition in the UK and more importantly as they look to take their brand into new territories.

Reg Walker, Director at The Iridium Consultancy, and Jonathan Brown, CEO of the Society of Ticket Agents and Retailers (STAR), will also be joining our lineup for the day.

Reg has been investigating the activities of the secondary ticket market for over 25 years. Walker was a member of the panel of experts on the Government review into secondary ticketing by Professor Mike Waterson. He has also been the head of the Commercial Protection Unit at The O2 since 2007. Walker is regularly consulted by industry figures, Police and Trading Standard.

Jonathan leads the Society of Ticket Agents and Retailers (STAR), the self-regulatory body for the UK ticket industry. STAR’s membership embraces all the major primary ticket agents as well as many venues and supporting organisations. Members work to a strict code governing high standards of service and information and a dispute resolution service operates to help resolve customer complaints. STAR also works on behalf of its members through information sharing and co-operation on key matters affecting the industry. Jonathan has represented STAR on ticketing issues in the press and at industry events for many years.