Germany to reside at adidas campus in Herzogenaurach during UEFA EURO 2020!

Press Release 2019-07-02 Team Germany Comments Off on Germany to reside at adidas campus in Herzogenaurach during UEFA EURO 2020! 582 Views 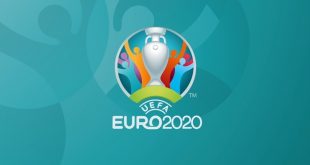 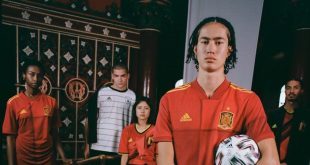 adidas unveils its line-up of home jerseys for UEFA EURO 2020! 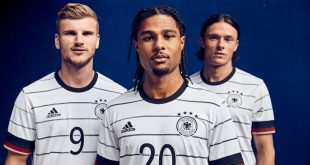 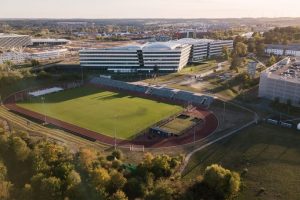 “Hungry for success football team looking for accommodation in the heart of Europe ahead of tournament. Minimum 200m², must have good quality training ground. Desired amenities include sports facilities, nature and catering. Please respond only via WhatsApp.” This anonymous ad appeared on Monday in daily newspapers, online and on telephone poles in various German cities, presumably posted by a group of highly-ambitious amateur footballers looking for the perfect training camp location.

After 24 hours, the source of the posting was revealed via a tongue-in-cheek video on social media: Germany’s national team have found their accommodation for the 2020 UEFA European Championship and will reside and train at adidas’ modern campus in Herzogenaurach in the event that the team qualify for the tournament.

“We know that we must first qualify for the tournament next year, and are fully focused on this goal,” said Oliver Bierhoff, the director of the national teams and academy. “We continue to have the utmost respect for our upcoming opponents and the tasks that lie ahead of us still. At the same time, both we and our partners need to have some kind of organizational and logistical plan in place. The decision to go with Herzogenaurach is the result of an intense selection process with many great options. One special factor to next year will be the fact that it will be the first time since the 2006 World Cup that we will reside in Germany during a major tournament, something that we are already looking forward to. We would like to thank the many locations all over Germany for their interest, willingness and dedication in submitting many good concepts and for wanting to host the national team.”

“On the one hand, we need the right surroundings in order to concentrate on our work and training,” Bierhoff said about the requirements that ultimately led to the decision to choose Herzogenaurach. “At the same time, the players need to be able to recover, be able to switch off every once in a while, as well as feel at home. We are convinced that the ‘World of Sports’ will be a good location for just that.”

“We are very proud that the DFB have selected adidas’ modern ‘World of Sports’ campus as their base for EURO 2020, providing that they successfully qualify for the tournament,” said adidas CEO Kasper Rorsted. “Our 5,600 employees in Herzogenaurach are already looking forward to hosting Germany’s national team. In addition to the perfect sporting infrastructure, we also offer the DFB an incomparable passion for sport. We will do everything we can to make sure the team feel welcome here and that they are able to prepare for the tasks ahead of them. The most important thing will always be the team’s success at EURO 2020. We wish the team all the best in their remaining qualification matches.”

The tournament will take place from June 12 until July 12, 2020 in 12 European countries and cities. The sole host city in Germany is Munich. The adidas campus is surrounded by forest and is located 20 kilometers from the Nuremberg airport. Flights are able to depart from the airport at any time, meaning it allows access to match venues across all of Europe. Driving time to Munich’s Allianz Arena is around two hours.

The ‘World of Sports’ features various facilities that are currently in use by adidas employees: a football stadium with a capacity of 4,000, beach volleyball, tennis and basketball courts, as well as a rock climbing wall and one of the world’s best fitness studios. The base camp will be set up in conformance with the team’s individual requirements and will be part of the continued expansion of the campus. Additional rooms as well as buildings to host the players, coaches and team advisors will all be able to be used by adidas employees following the European Championship. As a result, the temporary DFB camp is part of adidas’ sustainable building project.

The plans to build the necessary expansions at the ‘World of Sports’ will only take place in close consultation with the DFB if Germany qualify for the tournament. The needs of the team, the players, the advisors and the media—who will be able to use a modern media center for their work—are all at the epicenter of the planning process.

Adidas’ ‘World of Sports’ has already hosted multiple national teams. Germany stayed at the campus in 2005 ahead of the FIFA Confederations Cup, while Argentina stayed in Herzogenaurach during the 2006 FIFA World Cup. Most recently, the adidas headquarters have been expanded with the addition of the innovative ‘Arena’ building. Currently, 5,600 employees (worldwide: around 57,000) from more than 100 countries work at the company headquarters. In 2018, adidas generate revenue of around €22 billion.

Germany can call upon the experience of two World champions once again, as Toni Kroos …