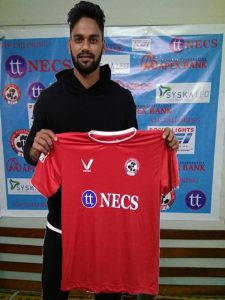 22 year old Albino Giovanni Gomes played for the Salgaocar youth teams before becoming a part of the Green Brigades senior team in the 2013 season.

After two years with the Goan giants, in 2015 he was signed in the draft by Mumbai City FC for ISL-2 on loan and he returned for ISL-3 with the Blues.

Albino, who was part of the 2014 Lusofonia Games goal winning Goa-India squad and has been in the India Under-23 squad, now joins Aizawl FC as the first Goan footballer.