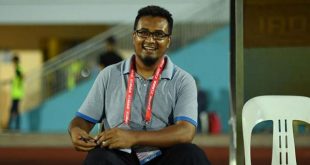 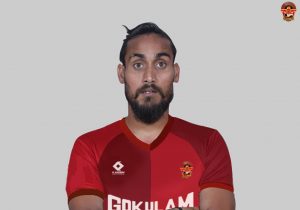 Gokulam Kerala FC have signed experienced defender Deepak Devrani for the upcoming I-League season. The defender, who is born and brought up in Delhi, is a two-time I-League champion.

Last season, he was a mainstay at TRAU FC, the I-League team from Manipur. Fondly called as Bhuri, the 27-year-old defender started his career with the All India Football Federation developmental squad Pailan Arrows and has represented India in the Under-16, U-19, and U-23 age categories.

After his stint at Pailan Arrows, he moved to Sporting Clube de Goa. He also represented, Minerva Punjab FC, Mohun Bagan, and TRAU FC in the I-League. He has also played at FC Pune City in the ISL.

He won his maiden I-League title with Mohun Bagan while playing for them on loan from FC Pune City. His breakthrough season was with Minerva Punjab FC, where he won the I-League and played more than 25 matches in two seasons.

He was a mainstay in the TRAU FC defence last year as he started most of the matches and scored two goals for the Manipur-based team. Apart from his exemplary defensive skills, he has a penchant to score goals.

“I want to complete my hattrick I League wins with Gokulam Kerala FC. I believe the team can do this with the squad they have. I will work hard to achieve it and present a much-awaited trophy to Kerala football fans,” said Deepak Devrani.

“We are delighted to have Deepak Devrani in our squad. He is a daring defender and an experienced player. He will add more depth to our team and will be a valuable addition,” said Dr. B Ashok Kumar, the CEO of Gokulam Kerala FC.

“This year we have a strong squad. Experienced players like Devrani will help us to land the trophy this time. We wish him all the best for his stint at Gokulam,” said Gokulam Kerala FC chairman Gokulam Gopalan.

We have signed rock-solid Deepak Devrani to pep up our defense. Let us welcome the two-time I-League champion to Kozhikode 💪🔥#GKFC #Malabarian #Newsigning pic.twitter.com/cNHmTt8Om9