Heading into an exciting ISL-7 in times of a pandemic!

Superpower Football: Eelco Schattorie – I’d do great if he were to manage a Premier League club!

The seventh season of the Indian Super League is set to kick-off on Friday, November 20 with 11 teams fighting for the title in Goa.

But ISL-7 will be like no other season before due to the ongoing global Coronavirus pandemic with the state of Goa hosting the complete competition, which would feature for the first-time 11 teams and all the games would be played infront of three empty stadiums with no fans allowed due the pandemic.

The three stadiums hosting the competition are the Jawaharlal Nehru Stadium in Fatorda, Margao, the GMC Athletic Stadium in Bambolim and the Tilak Maidan in Vasco with the 11 teams split up amongst these venues as their home stadium for the competition this season.

ISL-7 would also mark the first Indian club football season in which the ISL would be the undisputed top tier and the crossover of Kolkata giants Mohun Bagan and East Bengal from the I-League to the ISL. The two giants of Indian football have taken different routes to enter the ISL, while Mohun Bagan early on in January 2020 announced a tie-up with ATK to form a new entity under ATK Mohun Bagan to play the ISL, East Bengal left it late after their break-up from Quess Corps and numerous deals falling through to finally form a new entity with Shree Cement to form SC East Bengal and enter the ISL.

While ATK Mohun Bagan go into the season as double champions, ATK of the ISL and Mohun Bagan of the I-League, with a set team under head coach Antonio Lopez Habas with strong reinforcements; SC East Bengal’s late entry forced them to gamble on their squad and their new head coach, who is Liverpool FC legend Robbie Fowler. The Kolkata derby will be part of ISL-7 but sadly it will be played infront of an empty stadium on November 27, which would also be the first match of SC East Bengal in the history of the ISL.

Further ISL-7 will mark the first full season of City Football Group co-owning Mumbai City FC which has seen a transfer season of activity on and off the field with the Islanders being one of the most exciting teams going into the season under new head coach Sergio Lobera.

All franchises have been very active in transfer season with quality players from Australia, Europe, Africa and South America signing to come to play in India during a pandemic. That did surprise me, but the bio bubble created by FSDL has the trust of everyone involved and it will not be easy for players and staff but there is no other option than doing it this way.

The signings has brought the hope of a better quality competition on the field, but it might take a few matches for the players to get back into their grove as months of home and/or individual training due to the pandemic does not replace on-ground and team training. 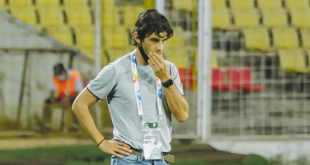