Home / International Football / Asia / How was the year 2019 for the Blue Tigers (Team India)? 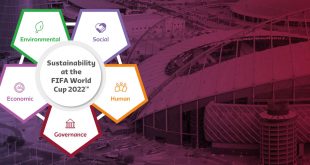 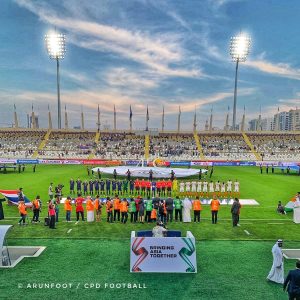 If we look back at the year 2019, it was a mixed year for the Indian national football team with only two wins, four draws and seven losses across 13 matches.

And interestingly, the two win came against the same opponent in Thailand, the first a historic 4-1 win in the 2019 AFC Asian Cup opener as well as a 1-0 win in the Thai King’s Cup.

So lets first look back at the start of 2019. India were placed in Group A of the 2019 AFC Asian Cup facing Thailand, hosts United Arab Emirates and Bahrain. So came January 6 and it was a memorable day as India trashed Thailand 4-1 with a convincing performance and suddenly there were expectations from the Blue Tigers. India played a great game against hosts United Arab Emirates but lost in the end undeservingly 0-2.

Suddenly there was pressure to perform but only a draw would have been enough against Bahrain to progress to the knockout stage. It ended in a nightmare, a 90th minute penalty, the goal for Bahrain and India was out of the AFC Asian Cup. At the press conference national coach Stephen Constantine resigned saying it was the end of the road for him bringing to an end his second spell in-charge of the Blue Tigers.

With Stephen gone, the AIFF went out in search for a replacement and after interacting with numerous candidates, the decision was made to appoint Croatian Igor Stimac to the role. 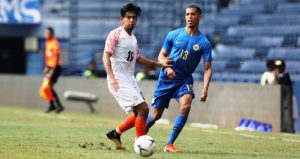 His first assignment was the Thai King’s Cup and after an opening 1-3 loss to Curacao, India once again beat Thailand, only this time away in their country in Buriram.

Then came the first home assignment, another round of tests ahead of the qualifiers with the Intercontinental Cup in Ahmedabad. There as defending champions, India suffered heavy defeats against Tajikistan and North Korea before drawing Syria. Stimac sold it off as preparations for the bigger challenges ahead.

Then came September 2019 and the start of the join 2022 FIFA World Cup and 2023 AFC Asian Cup qualifiers. India hosted Oman in Guwahati and there was a positive vibe around the game, India even took the lead through a Sunil Chhetri goal but ran out of steam and in the end suffered a 1-2 loss.

The qualifier moved to 2022 FIFA World Cup hosts Qatar and India pulled off a sensational goalless draw in Doha. A more than deserving result for the Blue Tigers.

But after the initial high came back reality towards the end of the year. In October, Kolkata played hosts to the derby against Bangladesh in which India were behind for most of the match and needed a late Adil Khan header to at least salvage a point. Something similar happened in Duschanbe against Afghanistan as an injury time header off substitute Seminlen Doungel saved India the blushes. 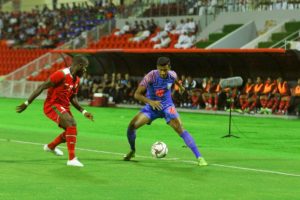 In the final game of the year, India travelled to Muscat to face Oman for the return fixture and they suffered a lone goal defeat against highlighting the biggest problem, scoring goals if captain Sunil Chhetri doesn’t score. With these results towards the end of 2019, the initial good feel factor under head coach Igor Stimac is over and more will be expected from the Blue Tigers in 2020 as India need to ensure that they stay in the hunt for the 2023 AFC Asian Cup as the 2022 FIFA World Cup will happen without us.

On a personal front, I had the pleasure of attending six of India’s 13 matches this year, all three matches at the AFC Asian Cup and the qualifiers against Oman, in Qatar and against Bangladesh. 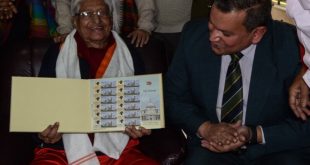