iSportconnect has announced that thought leaders from the IAAF – UEFA – Tata Communications – and CA Indosuez wealth management will be speaking at the 2019 Lausanne Summit to be held on Tuesday, September 17 at the Olympic Museum.

The new speakers joining the conference programme are:

In his role at one of the biggest Olympic federations, An Dang Duy leads an IT team responsible for the management of the competition results technology workflow, data management and software that provide access to athletics for millions of people around the world.

His vast international experience in the technology field has been gained through two decades of IT Management in global companies Kantar Media WPP Group, TNS Media Intelligence and TNS UK. His most recent responsibilities included the reorganisation and management of software and operational teams of hundreds of people across an international group specialising in the measurement of broadcast and digital media distributed across three continents.

Daniel holds an Engineering degree and an MBA from the London Business School. He has extensive experience in the delivery of ICT solutions thus enabling the operations of major Football competitions, including the UEFA Champions League and the last five UEFA European Championships, in areas ranging from Networking, Event Management and Digital Media.

Daniel joined UEFA 20 years ago and has held different jobs within ICT as well as Digital Media areas and is currently Chief of ICT with a team of more than 80 people. During the last two European Championships, he held a position in the tournament management team. In the last couple of years Marion worked on digital transformation leveraging new technologies.

Experienced economist and strategist, Marie has been Global Head of Investment Intelligence for Indosuez Wealth Management, part of Crédit Agricole Corporate and Investment Bank, since 2011. An expert in economics and international finance, she worked as a strategist and chief economist for major international banking groups for more than 20 years.

Marie holds an MBA from the University of Gothenburg in Sweden and a PhD in international economics from the Graduate Institute of International and Development Studies (IHEID) in Geneva.

Dhaval leads media and entertainment sales globally at Tata Communications. He was part of the founding media team at the company and has been instrumental to establishing it as a leader in the increasingly digital, cloud-powered and IP-enabled media and entertainment industry. Working closely with his team and customers from content creators, aggregators, sports rights owners and next-generation video players, Dhaval keeps a close eye on the constantly evolving content consumption habits of today’s tech-savvy consumers to help broadcasters and content owners capitalise on the growth opportunities in the rapidly changing global media industry. 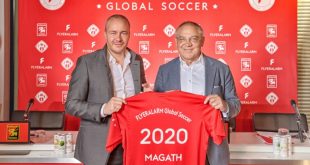