Igor Stimac’s good difficulty of picking his next India squad! 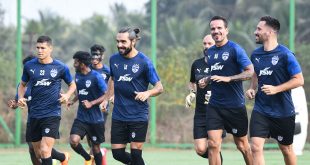 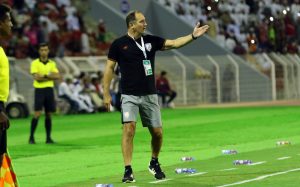 The Indian national football team head coach Igor Stimac is currently outside of the country in his native Croatia due to the pandemic, but the ongoing season of the Indian Super League (ISL) can be watched on the official YUPP TV stream across Europe, while one can follow the I-League around the world on Facebook LIVE.

So despite being thousands of miles away from Indian shores, the India coach can track the happenings across the Indian leagues with a focus on the ISL.

And in a recent podcast of the Hindustan Times, Igor Stimac had stated, There will be lots of changes to the national team, as he is looking to make necessary changes to pick the best potential India team going into the remaining joint qualifiers for the 2022 FIFA World Cup/2023 AFC Asian Cup later this year.

The above statement by Stimac shows that he has been watching the Indian Super League regularly to find new talent as some of his regulars are injured like Ashique, not playing like Adil Khan or out of form like Udanta Singh, which will be a worry for him.

But that also opens the door to talented youngsters who have impressed not only the India coach but the fans in general in ISL-7 being played so far, like numerous of the boys at an exciting Hyderabad FC in wing-backs Asish Rai and Akash Mishra, defender Chinglensana Singh, midfielder Mohammed Yasin, striker Liston Colaco or even a former India regular like Halicharan Narzary.

Or other players like Bipin Singh and Amey Ranawade at Mumbai City FC; Seriton Fernandes, Saviour Gama and Alexander Jesuraj at FC Goa; Suresh Wangjam at Bengaluru FC or Jeakson Singh and Rahul KP at Kerala Blasters to name just a few of these boys.

A number of these youngsters have played for the AIFF Elite Academy, the India junior teams and the Indian Arrows like Hyderabad FC’s Asish Rai who in a recent interview stated, the Indian Arrows was the ‘perfect platform’ for me to grow and prepare him for the professional game.

The boys play alongside and against the senior peers and the foreign imports without any fear, playing to the best of their abilities.

Follow and bet on football in India at Lottoland sportsbook – with the best possible odds on the games of the Indian Super League.

New talent waits to show of their skills internationally

The regular Indian Super League still has more than a month to go until the end of February 2021, which gives Igor Stimac more time to watch matches, get inputs from coaches and scouts, and then decide on his list of probables for the joint qualifiers.

It looks like a new look Team India could be playing these matches under head coach Igor Stimac after the more than 18 month pandemic enforced international break.