India Coach Constantine: We have made very big steps in last two years! 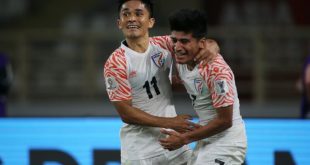 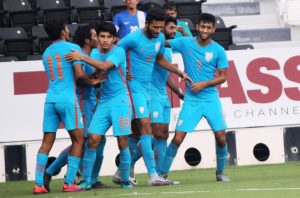 Stephen Constantine has been the craftsman behind India’s meteoric rise in the last couple of years and he prefers to stick to his philosophy of ‘giving the boys exposure’ as much as possible in the International arena.

“The whole objective of mine before coming to Doha was to give as many players international exposure as possible. If I’m not wrong, we’ve rotated the squad and not less than 18-19 players played in this tournament.”

On being asked how does rate the boys’ performance against some of the Asian heavyweights, he didn’t hesitate to mention that he’s ‘extremely proud’ of their performance.

“We have been successful what we wanted to achieve. We gradually improved from one game to another. It was extremely pleasing to get a win in this match (against Turkmenistan)”, Stephen rattled.

His frustration of losing first two games rightly reflected from his words during the post-match press conference after registering a thumping victory over Turkmenistan.

Stephen stated: “As they say, we, finally, won a game in this tournament. If we evaluate, we were unlucky to lose the first one, extremely unlucky in the next game against Qatar. The boys have worked very hard and we deserved this victory.”

On being asked about the recent resurgence of India’s Football, Stephen stated he’s ‘very happy with the things at the moment.’

“We need to be regular in AFC Asian Cup, U23 AFC Championship and other age-group tournaments as well. A lot of work to do now onward. As of now, we are enjoying this moment and we’ll be looking forward to the next win”, Stephen concluded.