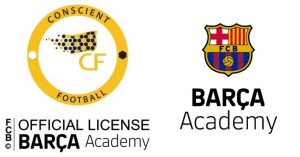 The pitches at Barca Academy, Gurugram situated at The Heritage Xperiential Learning School is set to reverberate with competitive action from January 30 to February 2, 2020 when over 650 young footballers representing seven countries, 48 teams and four age groups vie for the Barca Academy Cup – Asia Pacific. The Barca Academy India had hosted the tournament in 2019 as well.

Anupama Jain, Director Conscient Football, said, “We are extremely proud to be chosen the host for the Barca Academy Cup – Asia Pacific for the 2nd year in a row. It indeed is a moment to cherish for every football fan and aficionado across the country. This tournament is not just about winning. It is a cultural milieu and one make friends for life.”

Amongst international present in India, Barça Academy India has the largest offering in the country and has trained more than 30,000 players across various formats. In the football schools across Delhi NCR, Mumbai, Pune and Bengaluru, there are over 2,500 young footballers who are being currently trained.