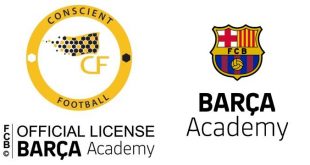 India arrived in the City of Joy ahead of their SAFF U-15 Championship campaign, which is set to get underway in Kalyani on Wednesday, August 21, when the Blue Colts will square off against Nepal at the Kalyani Stadium.

Head Coach Bibiano Fernandes has been training his charges in Goa over a lengthy period of time, and has also had the opportunity to test his players in Thailand over the last month with a series of friendly matches.

“The boys are fully ready for the SAFF Championship. The Thailand trip was good preparation and it really helped in boosting the confidence of the boys. The whole team is in the right frame of mind and as we go into the Championship, I couldn’t ask for more,” said Fernandes.

India are, so far, the most successful team in the tournament, having won it twice, and finished runners-up twice. Meanwhile, defending champions Bangladesh are also not too far behind, as they have also won the same number of SAFF U-15 titles, but have never finished runners-up.

This is the first time the championship will be held in India, and despite being the home side, Fernandes believes that giving every team the equal amount of respect and attention is the way ahead for his boys.

“All four have been focusing a lot on their youth, and moreover, they have all been preparing well for this tournament. We will give each team the utmost respect,” he said.

However, he did concede that playing as the home side may be an added advantage for India. “Playing in front of a home crowd is always exciting as fans and supporters can always lift up the team,” he said. “West Bengal has always had a history of amazing fans and I hope, they turn up in good numbers to support us also. In return, we will also try to give them a display they will be proud of.”

With the fans getting behind the Blue Colts, Bibiano Fernandes will be looking to add a third SAFF title for India in this age category.

“The objective will definitely be to win the Championship. SAFF has always been a tournament where we have done well and we would like to continue that. However, we will be just taking it one game at a time,” Fernandes signed off.

Tags India U-15 SAFF U-15 Championship