India U-16 National Team who will compete in the AFC U-16 Championship this September, are on an exposure trip to Spain now and they were held to a goalless draw by Fundacion Valencia tonight, April 11.

Head coach Bibiano Fernandes’ boys shown their mettle to defy the Spanish youngsters’ initial flurry of attacks before creating the first opportunity of scoring but Bekey’s shot went haywire in the 18th minute.

Gurkirat and Ricky also tried their luck in the first half before heading to the changing room all square.

Bibiano Fernandes ringed in one change in the second half having brought in Ravi Bahadur Rana at the expense of Ricky to instil more vigour at the flanks. Ridge also joined the fray eight minutes later having replaced skipper Rohit Danu.

Bekey probably had the best possible chance to open the scoring in the 65th minute but the opponent goalie snapped the ball right from his feet.

Although both teams had their share of making a difference in the dying moments of the game, the defenders sat tight in their own half to keep the scoreline unscathed. 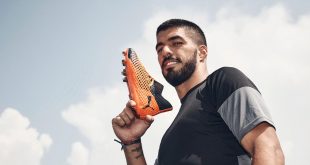