Composition of the normalisation committee for Iraq Football Association! 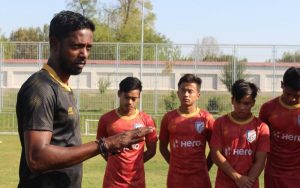 The India Under-16 boys are set to visit Indonesia later this month to play two friendlies as part of their preparations for the 2020 AFC U-16 Championship in Bahrain in September/October.

Indonesia is set to host India on Thursday, January 23 and Wednesday, January 29 both at the Gelora Delta Stadium of Sidoarjo in East Java. Both the matches will kick-off at 7pm.

For the India U-16s and their head coach Bibiano Fernandes facing Indonesia is a good test on were the team stands at the beginning of the year with nine months to go for the 2020 AFC U-16 Championship in Bahrain.