India U-19’s Floyd Pinto: Win against Oman U-19 an example of our abilities! 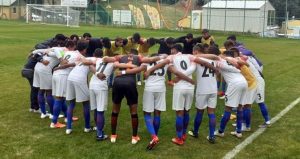 After clinching a solitary goal win against Oman U-19s in the exposure tour to Turkey on Monday, July 22 courtesy of Rohit Danu’s 83rd minute strike, Head Coach Floyd Pinto lauded the performance of the Indian U-19 National Team and dubbed it as an example of the abilities of the team.

Speaking after the match, Floyd said, “We had excellent display throughout the 90 minutes and played with high intensity on and off the ball. We created chances and dominated possession against a strong and athletic Oman side.”

“The boys deserve the credit for their performance and it is an example of what they can achieve. The more we play against West Asian countries, the more we can get results like these which can increase our confidence,” he added.

The Indian U-19s are preparing for the AFC U-19 Championship qualifiers later this year and had earlier lost 1-2 to Oman in their first exposure tour match in Turkey. “This was the first game played by Amarjit Singh, Narender Gehlot and Vikram. The experience of Amarjit and Narender playing in the senior national team aided us and made us look solid.”

The Indian U-19s will clash swords against Jordan U-19 next on July 24. “Our aim is to build on the positive result and be more consistent, focusing towards Jordan next,” Floyd stated. The Indian colts will also play a local club side in Turkey in their last exposure tour match on July 27.