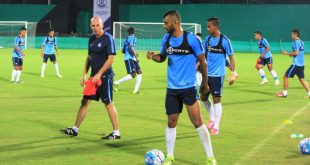 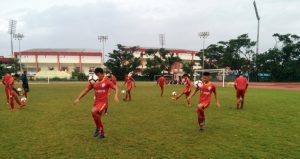 Gearing up for the AFC U-19 Championship qualifiers later this year, the Indian U-19 National Team will be participating in the OFC Youth Development Tournament and clashing swords against Vanuatu U-19 and New Caledonia U-19 later this month.

Prior to their encounters against Vanuatu on August 18 and New Caledonia on August 21, the Indian Colts had played two matches against Oman U-19 and one match each against Jordan U-19 and Kocaelispor U-19 in their exposure tour to Turkey in July.

Speaking on the next challenge, Head Coach Floyd Pinto said, “Two exposure tours have given us the opportunity to look at all the players in the camp. We now have a clear idea about the players we need moving forward into the SAFF & AFC tournaments.”

“The tour to Vanuatu will give us a good test and aid our preparation for the upcoming SAFF U-18 championship,” he added.

The Indian U-19 National Team has already acted as a feeder to the senior national team with players like Amarjit Singh and Narender Gehlot earning their senior team bows and impressing in the recently-concluded Intercontinental Cup 2019.

The team will take part in the SAFF U-18 Championships 2019, which will take place in Nepal from September 20-29, 2019. In November, they will compete in the AFC U-19 Championship qualifiers, where they have been drawn in Group F alongside hosts Saudi Arabia, Uzbekistan and Afghanistan. 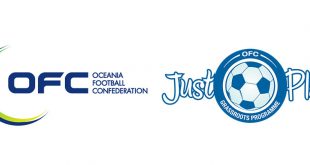