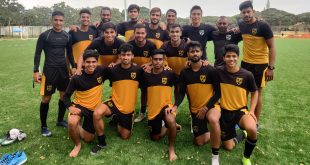 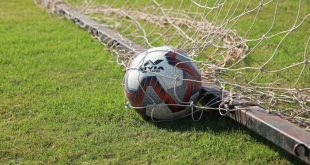 The I-League Republic Day fixtures take centre stage as the young Indian Arrows host the Snow Leopards at the Tilak Maidan on Sunday, January 26. Both the teams haven’t been in the greatest of forms this year and are placed last on the table.

Indian Arrows haven’t been able to muster a win since their 2-1 win against Churchill Brothers. In the last match, the Arrows suffered a 0-2 loss against TRAU FC.

Speaking before the match Indian Arrows head coach Shanmugam Venkatesh said, “We are a young team and have played well so far in our games. In this break, we have rested well and at the same time, we have been working hard on improving as a team and making the most of our chances. Technically, we are a good side and all the players have the stamina to play the full 90 minutes.”

He also analyzed last few performances, “As a developmental team, giving the players the experience of playing in the I-League is the primary objective and with each passing game, they are learning and developing. Results are important as well and against Real Kashmir FC, we will look to get the three points, which will also put us in a good position ahead of the next three away games.”

Real Kashmir FC, on the other hand, one would say haven’t had the best of lucks amongst the teams. In spite of creating enough chances and dominating games, they haven’t been able to string positive results.

The Snow Leopards could have garnered only one win against Chennai City FC in Kashmir so far while registered three draws and two losses. Real Kashmir will be hoping to come back to their winning ways against Indian Arrows.

Chennai City FC head coach David Robertson sounded hopeful, “We all are very confident that our dominating play will turn in to wins. Luck hasn’t been on our side but if we keep playing and working it will all fall into place.”

He also praised the Indian Arrows, “Indian Arrows are always tough to play against. After all, they are the best young players in the country who are very technical and sharp. It will be a very tough game for us.”

Real Kashmir FC hold an upper hand when it comes to the head-to-head record. In the last season, Indian Arrows drew 2-2 against Real Kashmir at home whereas in Srinagar, the Snow Leopards had notched up a 2-0 win.

The match will be streamed live on FanCode app from 2pm onward. 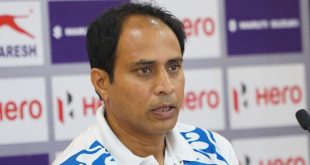