Arunava Chaudhuri 2021-02-22 France Comments Off on Is Kylian Mbappe the Best Player in the World? 983 Views 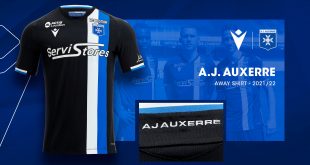 Black is the dominant colour in the new Macron-made AJ Auxerre 2021/22 away kit! 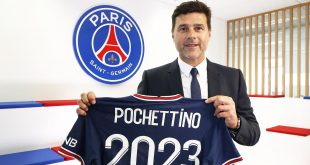 Mauricio Pochettino under contract with Paris Saint-Germain until 2023! 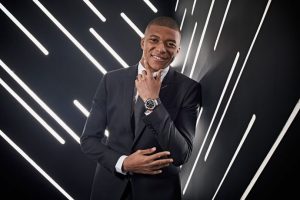 PSG forward Kylian Mbappe produced a spectacular performance in his side’s 4-1 victory over FC Barcelona at the Nou Camp in the first leg of their last 16 tie in the Champions League. The Frenchman scored a hat-trick and was too hot to handle throughout the 90 minutes. As a result, the Barcelona defence are unlikely to be looking forward to facing him again in the return leg at the Parc de Prince later this month.

In fact, Mbappe’s performance has led to many pundits in the game claiming he is now the best player in world football. Whether or not that is the case is up for debate, but it is certainly true that the 22-year-old has already achieved so much in the game and there are signs he is continuing to develop on the pitch.

The PSG youngster was a big part of France’s success at the World Cup in 2018. He scored a fantastic goal from 25 yards in the 4-2 victory over Croatia in the final of that tournament in Russia, and was later named the FIFA World Cup Best Young Player. Mbappe has lived up to that accolade as he has now scored 111 goals in 153 appearances for his club. Next, he will be attempting to help his team to Champions League success this season. The belief in this feat being achieved is reflected in the odds, as the French champions are currently 5/1 in the Betway football betting for the competition. In other words, if Mbappe continues to produce performances like we saw at the Nou Camp, PSG are going to be in with a great chance of lifting the trophy.

Ronaldo and Messi Have Dominated The Game For So Long

Cristiano Ronaldo and Lionel Messi dominated the individual awards in football over the last couple of decades. They have won 11 of the last 12 Ballon d’Or trophies, with only Luka Modric denying them the prize in 2018. The two continue to play at the top level in the sport for Juventus and Barcelona respectively. Although, while both are still considered to be two of the best players in European football, they are not getting any younger. The Portugal international is now 36 years old so he is unlikely to be playing in one of Europe’s top tiers for much longer. Meanwhile, Messi is a few years younger but his contract at Barcelona expires in the summer, and it is unclear at this stage where he will play next season, especially after having a public fallout over this contract last summer.

With Ronaldo and Messi both aging, the opportunity is there for some of the younger players in the game to pick up their mantle. Both men have been a great example of how hard work is needed along with the talent to remain at the very top for so long.

Other Players In The Conversation

The list of players in contention for the best footballer in the world tag involves more than just Mbappe, Ronaldo, and Messi. A player who has to be in that conversation is Bayern Munich’s Robert Lewandowski.

The Poland international scored 55 goals in all competitions last season, including 15 in the Champions League along the way to the trophy with his German club. Bayern’s hot goal scorer has already hit the 30-goal mark in the 2020/21 campaign and could be on course for over 50 again. Lewandowski also recently landed the Golden Ball at the FIFA World Club World Cup which was won by the German side. He has been the deadliest goal scorer across European football for the past three years.

Manchester City’s Kevin De Bruyne is another player who has consistently been shining for his club. His side are at the top of the standings in the Premier League. The Belgian has particularly been praised for the quality of his passes. De Bruyne was named the PFA Players Player of the Year and EA Sports Player of the Season last year. He probably would have won more awards over the last few years had it not been for injuries that have kept him off the pitch. The Champions League will be the priority for City and De Bruyne this season.

Mbappe’s teammate Neymar is also worth bringing into the discussion. He moved from Barcelona to PSG in 2017, and, since then, he has scored 83 goals in 103 games for the Paris-based club. The Brazilian is not short of a trick or two and is a big part of his side’s attack along with Mbappe. So, the 2021 Ballon d’Or Award could answer the question as to who leads the way in the sport at the moment. With a European Championship on the schedule this year, there is plenty of football for the world’s best stars to make their case. 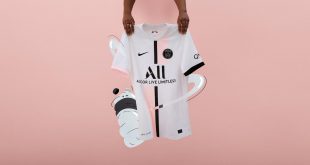