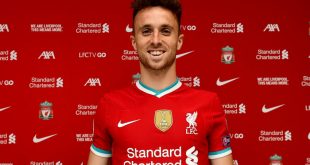 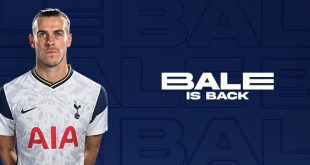 More than 100 senior executives from across Europe enjoyed insider perspectives and insights at the first Leadership Masterclass today at the headquarters of EY in London.

Today’s event blended thought-leadership presentations and interviews with interactive audience discussion in four hours of stimulating industry dialogue that made for a great launch of the new Masterclass concept.

Interview guests for the Masterclass were:

Before conducting the interview with Barbara, Nuala Walsh, Vice Chair of United Nations Women & Founder of MindEquity, set the scene for the morning’s dialogue by identifying central aspects of leadership.

One of her key points was the stressing the importance in leadership of honest self-appraisal. “Bring it back to looking in the mirror,” she advised.

In her interview, Barbara talked about the responsibilities of managing a public sector organisation in a competitive sports media market, and she urged delegates to remember to recognise the role of free-to-air television. “BBC, ITV and Channel4 account for only 6% coverage of sports coverage in the UK,” she pointed out, “while delivering 60% to 70% of sports viewership.”

In his interview, Luis observed that football is the “largest community in the world.” He said, “In sport, we don’t often think of ourselves as a collective,” and he suggested that such an outlook would be valuable for the sports business as a whole.”

Asked about his own career path by interviewer Dominic Quantrill, Founding Partner in The Quantrill Partnership, Luis observed: “I never give up. Resilience is fundamentally importance. It’s not easy.” He added, “You need to believe in the future.”

Charlie served up very frank, and often entertaining, observations on the challenges of taking Sunderland FC back to the top rank of English clubs. Even though the team is in in the third tier it’s already averaging 33,000 fan per game.

He told the interviewer, iSportconnect Chairman Michael Cunnah, that the genuine awareness of the football club’s importance to the Sunderland community is absolutely paramount. “I’m not the leader of a club, it’s a civic institution,” he said.

With the Brexit deadline only weeks away, the delegates also had the timely bonus of a riveting presentation by economist Trevor Charsley, Senior Markets Advisor at global payment and risk management solutions company AFEX, on decision-making in the face of uncertainty.

“We are pleased and very proud that this new concept has been so well received by our community,” said iSportconnect CEO Sree Varma. “The Leadership Masterclass provides a new platform for discussion of important issues across all sectors, and it also enables us to bring together a wide range of delegates who might not get a chance to meet at our other events.”