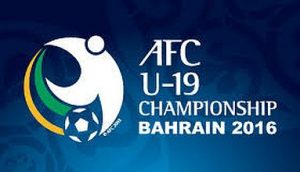 Japan midfielder Ritsu Doan admitted his success in claiming the 2016 AFC U-19 Championship’s Most Valuable Player award came as a surprise after his side claimed the continental crown at the Bahrain National Stadium in Manama on Sunday, October 30.

A series of accomplished displays on the right side of Japan’s midfield throughout the competition saw the Gamba Osaka youngster pick up the award as the Japanese won the title for the first time ever.

“I was surprised when my name was called for the MVP award because I didn’t think I had performed that well throughout the tournament,” said the 18-year-old.

“I think I won this award not just by myself but it was the result of the work done by the rest of the team and I appreciate my team mates. It means a lot to win this tournament and the award.”

Doan follows in the footsteps of players such as Iraq’s Mohannad Abdulraheem, Ahmed Khalil of the United Arab Emirates and compatriot Shinji Ono, who won the award when Japan reached the final of the 1998 AFC U-19 Championship.

Next year he will play a key role for Japan when Atsushi Uchiyama’s side join Saudi Arabia, Vietnam and Iran at the finals of the FIFA U-20 World Cup in South Korea, as the Japanese look to make a major impact on the tournament once again.

“Looking ahead to the FIFA U-20 World Cup, I’m not complete satisfied with our performance tonight and there are a lot of things we can improve, so we are just going to stay focused and look for a good result next year,” he said.

The Asian Football Confederation (AFC), through its AFC Dream Asia Foundation, has partnered with the …