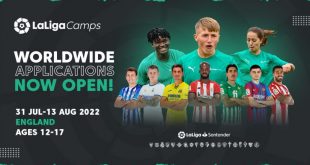 Official dates announced for LaLiga Camps UK, the first in the United Kingdom! 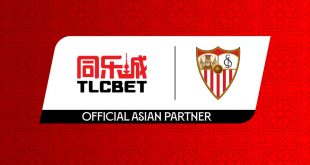 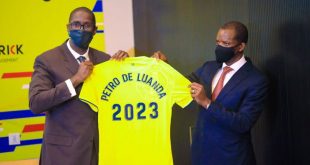 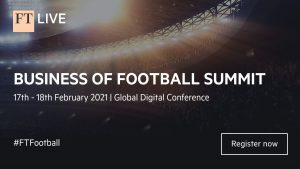 Representatives from LaLiga, Sevilla FC and Real Sociedad will speak at the FT Business of Football Summit. The virtual event will take place over two days from February 17/18.

As the football industry builds strategies and solutions to overcome the challenges of the coronavirus pandemic, experts will come together to discuss their progress at the third edition of the FT Business of Football Summit. With LaLiga and its clubs having been at the forefront of the sport’s return and response to the crisis, some of Spanish football’s top executives will join investors, players, regulators, broadcasters, sponsors, advisors and other major stakeholders at the virtual summit.

Various critical topics will be discussed as industry leaders look ahead to the short-, the medium- and the long-term future of football, addressing the changes that COVID-19 has accelerated and other important issues that were on the horizon even before the pandemic.

Cross-border knowledge sharing has been an explicit objective of LaLiga and clubs as they continue their global expansion. As part of this, dozens of new working agreements have been signed with football leagues, clubs and federations around the world to help generate new strategies that maintain the growth of football.

In contributing to the 2021 FT Business of Football Summit, the league and clubs will share these approaches on a global stage, with critical topics such as finance, data management, fan experiences and women’s football on the agenda.

The role of leagues in club financing

José Guerra, Corporate General Director at LaLiga, has played a key role in helping LaLiga to develop the most comprehensive system of financial controls of any European football league, LaLiga economic control.

At a time when the health pandemic has made a significant impact on club finances, Guerra and his colleagues have continued to collaborate with teams to establish spending limits that are reasonable, realistic and also responsive to the impact of the crisis.

This saw LaLiga clubs cut spending in the 2020 summer transfer window by 66% compared to the year before, from €1,291m to €438m, which was more than any of the other top five major European leagues.

At the FT Business of Football Summit, Guerra will elaborate on the principles of economic control the role of leagues in club financing. He will explain the emphasis on creating economically sustainable models that achieve long-term growth and that avoid the creation of unsustainable debt.

As Guerra explained: “We believe that there needs to be a long-term view when it comes to economic control. Even though some common-sense adjustments were required in response to the coronavirus crisis, we have maintained the system running basically unchanged because it is essential that all clubs are financially sustainable for the long term. Since the introduction of economic control in 2013, LaLiga clubs have drastically reduced debts while remaining highly competitive on the pitch.”

Given that most women’s football leagues around the globe were cancelled when the coronavirus lockdown hit, rather than completed later, there have been concerns over the long-term health of the women’s game.

After the record-breaking success of the 2019 FIFA Women’s World Cup in France, women’s football now needs extra support and Pedro Malabia, LaLiga’s Women´s Football Director, is working hard to ensure this is the case in Spain.

“Now more than ever, women’s football needs the backing of the football industry’s leaders,” Malabia said. “We have seen immense appetite for women’s football among fans and other stakeholders. We cannot allow the coronavirus crisis to stop this growth.”

At the summit, Malabia will form part of a panel discussing specific initiatives that are helping the women’s game emerge from the ongoing crisis in an even stronger position.

One of the conference’s club-focused presentations will be given by Sevilla FC’s Chief Marketing and Commercial Officer Ramón Loarte, who has been leading the club’s digital transformation including its relationship with data.

Central to this has been the creation of a new Business Intelligence Center, a platform for storing data on fans’ purchases, from tickets to merchandise to food and drink on a matchday. The club now has a team of mathematicians, engineers, physicists, statisticians and analysts working to turn this information into commercial opportunities.

As Loarte reflected: “The digital transformation process has been difficult, but it has enriched the whole club, from ticketing to the social area to IT to digital strategy to our data protection officer. Everyone has completed the first phase satisfied, having seen how it has all evolved.”

As Sevilla FC was preparing to embark on this journey towards embracing data, the club consulted with the NBA’s digital and business departments. To help other sports properties improve in this field, Loarte will share the extensive experience that Sevilla FC has accumulated during recent years.

Real Sociedad and the future of fan engagement

In 2016, Real Sociedad launched a transformation project that coincided with the club’s stadium redevelopment. As well as moving the stands closer to the pitch at the Reale Arena, La Real worked on improving the overall fan experience by rolling out WiFi, embracing wearable technology like smart scarves or smart shirts, implementing virtual season ticket sharing and allowing fans to enter the ground through an app.

The club’s Chief Innovation officer Juan Iraola has been leading this process and is now focused on what the fan experience will look like in several years’ time. He is also tackling the challenge of engaging fans during the closed doors era and of capturing and monetising a global fanbase.

As Iraola has said of his approach: “Here, we question everything. There’s a sense of doing things differently in order to move towards a future that nobody knows what it’ll be like.”

The FT Business of Football Summit will take place between February 17/18 and will see more than 60 speakers and over 1,000 attendees come together to share expertise and to network. Further details on the event programme and how to register to attend are available here .

LaLiga lends its youth development expertise to support the Unleash The Roar! national project in Singapore!

LaLiga will support the Unleash the Roar! project, promoted by the government of Singapore with …