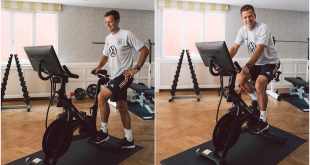 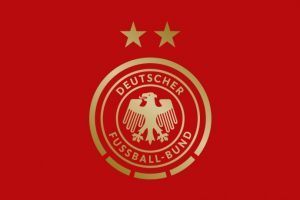 After a six-month break, Germany women will return to action against Republic of Ireland in Essen (September 19, 14:00 CEST) and away against Montenegro (September 22, 16:00 CEST). National coach Martina Voss-Tecklenburg has named 24 players in her squad for the two Euro qualifiers.

Kristin Demann, Sydney Lohmann (both FC Bayern) and Tabea Waßmuth (TSG Hoffenheim) are back in the squad after long absences. Sara Däbritz (PSG) has also returned after recovering from her ACL injury. Klara Bühl (FC Bayern/shoulder) and Sara Doorsoun (VfL Wolfsburg/knee) are both ruled out, while Lena Petermann (HSC Montpellier) and Almuth Schult (VfL Wolfsburg) aren’t fit enough to be included.

Germany’s last games before the coronavirus pandemic came at the start of March in the Algarve Cup. After beating Sweden and Norway, the final against Italy never took place, with Italy going home early due to the situation in their country at the time.

“We are aware of our responsibility”

National coach Martina Voss-Tecklenburg said, “The past few months have affected us all and we now place different values on some things. I’m thankful that we’ve come through the pandemic quite well in comparison to other countries. However, we still need to be alert. I’m really happy that we can get back on the pitch together after such a long time away. We are aware of our responsibility and that we are role models. We also want to concentrate on our sporting goals – we want to take two more steps towards qualifying automatically for the European Championship.”

The match against Ireland will be particularly important. Vera Pauw’s team are top of group I and are still unbeaten, although they have played one more game than Germany, who have four wins from four and currently sit second.

“The game against Ireland is key”

Martina Voss Tecklenburg added, “The game against Ireland is the most important game for us in regards to qualifying automatically for the EUROs. We have always had tight, hard-fought games against the Irish in the past – they are a strong team physically. They will do all they can to qualify for the tournament for the first time ever. There are a number of challenges having not played for such a long time, but we just want to prepare as best we can and get back into the swing of things. The players’ workload is also important, which is why, together with their clubs, we have decided to rest some players after the Ireland game.” Alexandra Popp, Svenja Huth, Kathrin Hendrich and Sara Däbritz will therefore not travel for the game in Montenegro.”

The European Championship in England has been moved a year to 2022 due to the pandemic. There are nine qualifying groups, with the group winners and the three best runners-up qualifying directly. The remaining six runners-up will face off in play-offs for the final three spots in the tournament. England are already qualified as the hosts.

Previous Macron brand No. 1 in football in Italy!
Next iSPORTCONNECT reveals STADS as newest Consultancy Client!

After shitstorm, DFB reacts to Germany’s Stuttgart to Basel flight!

Oliver Bierhoff, director of the national teams and academy for the DFB, has spoken out …