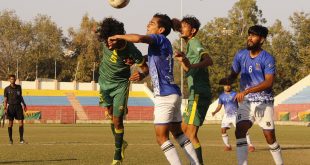 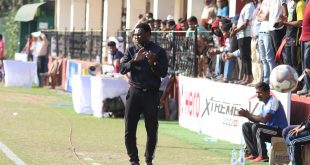 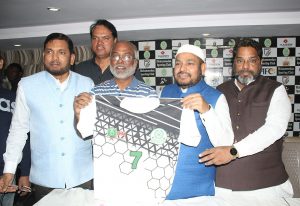 “We have done our homework,” remarked Mohammedan Sporting football secretary Sharique Ahmed. “We have brought in new blood in the team. I am happy with the preparation and think we are better prepared to challenge for the I-League promotion this season.”

“We have done a lot of work, on and off the pitch,” said Ahmed, three days ahead Black Panthers’ opening fixture, “We have made notable changes to the playing personnel by onboarding a number of new players such as Jiten Murmu, Dipendu Dowary, Vikas Saini and Mohammed Farid. We have also added youngsters from our development structures, including Miraj Ali and Sanjib Ghosh. We continue to appeal for patience with the supporters as the process takes time and needs to done with great care. On and off the field, let’s all be one and unite behind the team.”

Mohammedan Sporting will open the season with a short trip to the Kalyani to face Bhowanipore FC.

“We worked with the individual players in the past two months to get everyone up to speed,” he added. “We respect Bhawanipore not just because they’ve betean us in CFL but they are a good side. It will be a tough game on Saturday.”

The match is scheduled to take place on Saturday, January 25 at Kalyani Municipal Stadium. It will kick off at 2:30pm.

“Our preparations have gone according to plan,” said Dipendu Biswas. “We have a good team, the kind we have not had in a long time. We want to start strong. From the start to the final whistle, we want to start and finish strong in every game we play this season.”